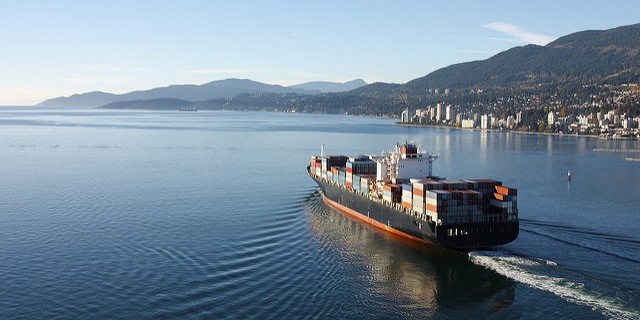 "The Council has worked in South Korea since 1972, offering expertise on how to use corn, distiller’s dried grains with solubles (DDGS) and, most recently, ethanol," stated the U.S. Grains Council. (U.S. Department of Agriculture, Flickr/Creative Commons)

WASHINGTON — “The Council strongly opposes withdrawal from the U.S.-Korea Free Trade Agreement (KORUS), an action that will lead to immediate and sustained losses in sales to our third largest corn customer.

“South Korea is an example of the transformational partnership available to U.S. grain farmers and their global customers through strong trade policy and overseas market development.

“The Council has worked in South Korea since 1972, offering expertise on how to use corn, distiller’s dried grains with solubles (DDGS) and, most recently, ethanol. This work has helped spur dynamic growth in the South Korean livestock and feed grains sectors and made it one of the largest and most loyal customers of U.S. grain.

“Fully 96 percent of feed producers in South Korea now use DDGS, an astounding statistic for a product that barely existed in the market 20 years ago, and one critical to U.S. producers who have suffered lost business due to China’s adverse tariffs decisions. Just last week, we hosted a team of South Korean buyers to the Midwest to see the progress of the U.S. corn crop first hand.

“KORUS has solidified and enhanced our longtime and fruitful partnership with South Korea. Unilaterally walking away from it now is a rash move that will harm relationships we have built over a period of 40 years at the expense U.S. farm country.”

South Korea is the third largest importer of U.S. corn so far this marketing year (September 2016 to June 2017), buying 5.3 million metric tons, more than 200 million bushels. This is the strongest exports in the past five years.

South Korea is also the third largest importer of U.S. DDGS so far this marketing year (September 2016 to June 2017), buying 850,000 metric tons, the strongest year in the last five years.

So far this marketing year (September 2016 to June 2017), the grain equivalent of U.S. beef, pork and poultry exports to South Korea have totaled 1.15 million metric tons, the strongest export pace to South Korea in the last five years.

In terms of feed grains in all forms, U.S. exports to South Korea so far this marketing year (September 2016 to June 2017) have totaled 7.7 million metric tons, or more than 300 million bushels equivalent, with corn, DDGS, and meat exports leading the charge. This is the strongest export performance in the past five years and makes South Korea the third largest market for U.S. feed grains exports in all forms.

Strong exports to South Korea of feed grains in all forms have had a large impact on the overall U.S. economy. Exports from the 2016/2017 marketing year to South Korea are expected to generate $7 billion in total U.S. economic activity, supporting 56,000 U.S. jobs in farming, processing, marketing and related industries, with many of those jobs being in rural communities.