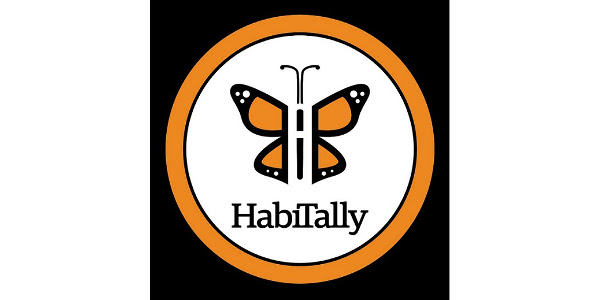 Landowners can help document monarch habitat by mapping their milkweed with the new, free mobile app, HabiTally, available on any iOS device.

The app was developed as a collaboration between Bayer and The Climate Corporation, with support from Iowa State University’s Center for Survey Statistics and Methodology. Anyone can use the app, available as a free download for iOS devices from the App Store.

Monarch butterflies face many challenges that have contributed to a significant decline in their population over the last two decades. More breeding habitat and food resources, including milkweed and nectar sources, across the migration route will help monarch populations recover. HabiTally enables farmers, ranchers, landowners and private citizens to support these efforts by entering data about monarch habitat conservation efforts on their farms or yards, or even in locations like churches or parks where groups may create new habitat.

“Increased habitat is essential to protect populations of monarch butterflies and other pollinators,” said U.S. Fish and Wildlife Service Acting Midwest Regional Director Charlie Wooley. “Digital tools that help citizens voluntarily enter the quantity and general location of pollinator habitats can play a significant role in advancing conservation efforts, not only for pollinators, but also for a host of other animals and birds that rely on the same type of habitat.”

Farmers and ranchers play a key role in protecting monarch butterfly habitats and the HabiTally will help ensure that their efforts are documented. Information collected through the HabiTally app will be completely anonymous and aggregated entirely at the county level. Users will be able to see national and state accounts of efforts logged within the app.

“The 45 organizations engaged with the Iowa Monarch Conservation Consortium have worked for the past four years to encourage Iowa farmers and landowners to follow best, science-based practices to increase existing pollinator habitat,” said Steve Bradbury, professor of natural resource ecology and management at Iowa State. “The new HabiTally app represents a great opportunity to crowdsource our progress across non-crop acres that are part of our agricultural landscape and to show Iowa’s commitment to the long-term recovery of the monarch population.”

To participate, users drop pins on a map to mark their conservation habitat location and enter basic, key characteristics of the habitat which include the estimated number of milkweeds, the percent of nectar flowers and, if known, the date the habitat was planted. HabiTally will then automatically calculate the size of the habitat based on the user’s entry and auto-populate information about the milkweed density and land use classification. Users can also record whether they have seen monarchs in their habitat. The data can help provide information on gains in milkweed across the U.S. Data collected by HabiTally will be housed at Iowa State and shared with the Fish and Wildlife Service to help guide future conservation and protection decisions.​

“HabiTally gives farmers and ranchers a new tool to align their efforts to manage and conserve monarch habitats,” said Craig Hill, president of Iowa Farm Bureau Federation. “We anticipate that the data collected through this app will not only support the conservation of monarch butterflies and other pollinators, but will be beneficial to broader conservation goals in Iowa and neighboring states.”

The USFWS is currently evaluating monarch conservation efforts along the migration route. In December 2020, the agency will determine its final listing decision on the monarch and, possibly, its habitat, under the federal Endangered Species Act. Voluntary efforts to establish and restore monarch habitat could lead to reversing population losses, potentially rendering a listing unnecessary. Farmers can get involved by planting monarch habitat and tracking habitat acres through the HabiTally app.

Despite reduction strategy, nitrogen exports are up
August 9, 2020