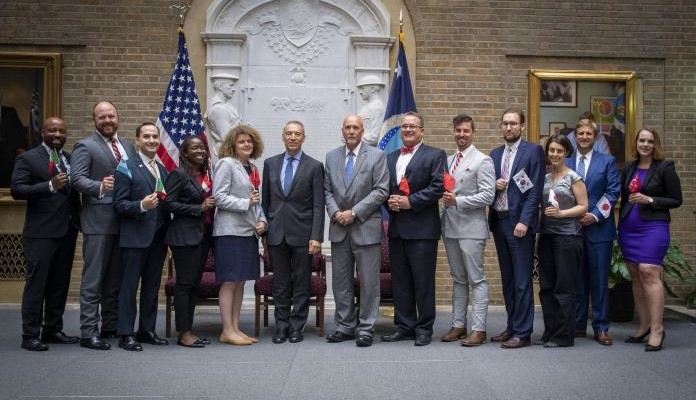 WASHINGTON — Foreign Agricultural Service (FAS) Administrator Ken Isley today administered the oath of office to 12 U.S. Department of Agriculture employees who will serve American agriculture around the globe as members of the Foreign Service.

The newly minted diplomats will begin their careers as agricultural attachés at U.S. embassies and diplomatic missions on five continents, where they will monitor and report on global agricultural production and trade, identify export opportunities, enhance food security and support U.S. foreign policy objectives.

“The FAS Foreign Service corps is the face and voice of U.S. agriculture around the world, serving at more than 90 embassies and missions covering more than 170 countries,” Isley said. “I congratulate this new crop of officers who have been through a rigorous selection and training process and proven themselves ready to take on the challenge of protecting and advancing the interests of American agriculture in an increasingly competitive global environment.”

The officers sworn in today are:

Also part of the new class of Foreign Service officers are three individuals who have already begun their international assignments:

More information about FAS and its work to advance U.S. agricultural interests around the globe is available at www.fas.usda.gov.