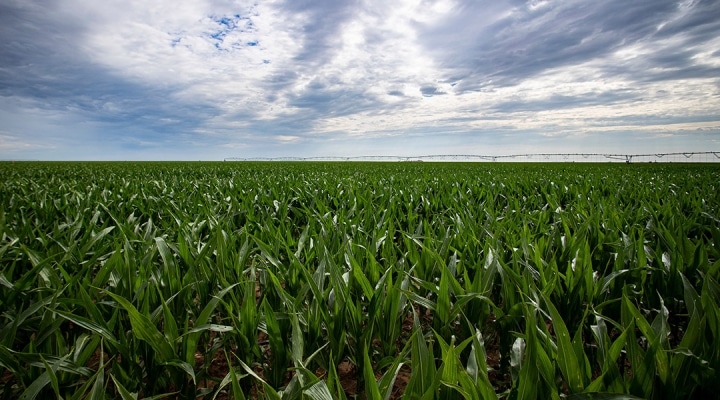 URBANA, Ill. — The Acreage and Grain Stocks reports, released on June 30, produced some surprises for the corn market, according to University of Illinois agricultural economist Todd Hubbs.

“The drop in acreage spurred a rally in corn prices and injected some optimism into the corn outlook moving into the 2020 marketing year. The market turns to weather forecasts and the upcoming WASDE report for price formation over the short term,” Hubbs says.

Corn producers reported they planted or intended to plant 92.01 million acres of corn this year, 2.31 million more than planted in 2019. Corn-planted acres came in 3.2 million acres lower than the average trade guess and 4.98 million acres smaller than March planting intentions.

“The 5 million acres drop in corn acres did not move into other principal crops and hints at expanded prevent plant acreage for corn this year,” Hubbs notes.

Producer intentions to plant principal crop acreage show a 9.3 million acre increase from 2019, Hubbs explains. The USDA estimates that acreage planted to principal crops will total 311.9 million acres. The planned increase in total planted acreage from a year ago came from increases in feed grains and soybeans.

“An additional 2.24 million acres of corn remain unplanted at the time of the survey and brings into question whether those acres may end up in alternative crops or unplanted,” Hubbs states. “The surprise in corn planted acreage led to a strong rally in corn prices. The market’s focus now turns to demand and weather.”

Hubbs explains that while the acreage report revealed a positive surprise for corn prices, the June 1 stocks report came in much higher than expected. June 1 corn stocks came in at 5.224 billion bushels, slightly higher than last year and about 273 million bushels larger than the average trade guess.

“Fourth-quarter feed and residual use has not equaled that level since the 2005-06 marketing year. Based on the current stocks estimate, it appears feed and residual use this year may not reach the projection of 5.7 billion bushels and may see the USDA lower the estimate in the next WASDE report on July 10,” Hubbs says.

A lower feed and residual amount points toward a larger carry out into the next marketing year, Hubbs explains.

“The potential for the current marketing-year ending stocks eclipsing 2.2 billion bushels, while not sure, looks high,” he says.

“The recent uptick in Covid-19 cases and subsequent policies enacted around the country to fight the spread insert a considerable level of uncertainty into ethanol use projections,” Hubbs states.

“Corn use for ethanol may flatten out as the virus’s resurgence mitigates economic activity during the peak driving season and may carry over into the next marketing year. An expectation of USDA lowering corn use for ethanol by 50 million bushels in the next WASDE report seems reasonable,” he adds.

“While the export pace sits slightly below the USDA estimate, some light Chinese buying and strong domestic prices in Brazil hold positives for corn exports. Higher corn prices and the potential for slow global growth may prevent an acceleration of exports as the calendar moves into the next marketing year,” Hubbs says.

“A higher carry out, despite lower acreage, places an added emphasis on yield potential,” Hubbs notes. “Some dryness in major corn-producing areas looks feasible over the near term. The recent drought monitor showed areas in North Dakota, Illinois, and Indiana poised to come under stress if dryness continues.

“The overall impact on the crop is challenging to predict now. An extended dry period as the early-planted crop moves into pollination will push corn yields lower. The projection for harvested corn acres sits at 84 million acres, 2.7 million more than harvested in 2019. If USDA’s yield projection of 178.5 comes to fruition, corn production comes in near 15 billion bushels with the present acreage intentions, up around 1.37 billion bushels from 2019.”

“Subsequent rallies in corn prices rely on the weather. The prospect of the market building a weather premium seems high over the next week given the current weather forecast,” he concludes.

Discussion and graphs associated with this article available here: https://uofi.box.com/s/6rrd4ckvcs1z151c54bzg38vcs3coedn  or