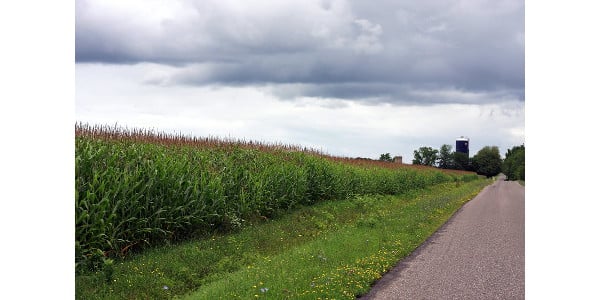 This new rule will help provide America's farmers access to these critical tools to help increase agricultural productivity and sustainability, improve the nutritional value and quality of crops, combat pests and diseases, and enhance food safety. (seabamirum via Flickr)

WASHINGTON, D.C. — U.S. Secretary of Agriculture Sonny Perdue announced a final rule updating and modernizing the U.S. Department of Agriculture’s (USDA) biotechnology regulations under the Plant Protection Act. The Sustainable, Ecological, Consistent, Uniform, Responsible, Efficient (SECURE) rule will bring USDA’s plant biotechnology regulations into the 21st century by removing duplicative and antiquated processes in order to facilitate the development and availability of these technologies through a transparent, consistent, science-based, and risk-proportionate regulatory system. This new rule will help provide America’s farmers access to these critical tools to help increase agricultural productivity and sustainability, improve the nutritional value and quality of crops, combat pests and diseases, and enhance food safety.

“Under President Trump’s leadership, USDA is implementing the first significant update to our plant biotechnology regulations in more than three decades,” said Secretary Perdue. “USDA’s SECURE rule will streamline and modernize our regulatory system, facilitate science-based innovations, and provide our farmers with the tools they need to produce the world’s safest, most abundant, and most affordable food supply, which will help us continue to Do Right and Feed Everyone – safely.”

“EPA applauds USDA’s efforts to finalize the SECURE rule that will support our nation’s farmers,” said US EPA Administrator Andrew Wheeler. “EPA is continuing our own efforts to safely reduce unnecessary regulations and further break down barriers to support advancements in biotechnology. We plan to issue our proposed rule early this summer.”

“Alongside the USDA as they work to implement the SECURE rule, the FDA is committed to encouraging innovation in agricultural biotechnology while utilizing scientific risk-based approaches in our regulatory approach,” said FDA Commissioner Stephen Hahn, M.D. “FDA is dedicated to making sure that American consumers have confidence in the safety of the food they feed their families.”

USDA’s previous regulations focused on whether a plant pest was used in the development of a plant using genetic engineering and required a lengthy deregulation process for those plants that did not pose increased pest risk. After 30 years of experience, USDA’s Animal Plant Health Inspection Service (APHIS) regulatory scientists know that simply using a plant pest in the development of a plant does not necessarily cause the plant to pose a risk to plant health. Thus, the final rule puts in place a more efficient process to identify plants that would be subject to regulation, focusing on the properties of the plant rather than on its method of production. APHIS will evaluate plants developed using genetic engineering for plant pest risk under a new process called a regulatory status review, regulating only those that plausibly pose an increased plant pest risk. This updated process aligns with the President’s Executive Order for Modernizing Biotechnology and the Coordinated Framework for Biotechnology, and will ensure the regulations keep pace with the latest science and technological advances, reduce regulatory burdens for developers of plants developed using genetic engineering that are unlikely to pose plant pest risks, and ensure that Agency resources are better focused on the prevention of plant pest risk.

USDA undertook an extensive outreach effort in developing the proposed rule, traveling the nation and meeting with the public, members of academia, state departments of agriculture, grower and commodity-related organizations, and non-governmental organizations. The Agency also considered comments received during public scoping and comment periods related to the 2008 and 2017 proposed rules, which were later withdrawn; comments on a 2018 Notice of Intent (NOI) to conduct a programmatic environmental impact statement (PEIS); comments on the proposed rule and the draft PEIS; certain provisions of the 2008 Farm Bill; and recommendations from the 2015 USDA Office of Inspector General (OIG) report on genetically engineered organisms. The Agency also met with foreign regulators and international stakeholders. In issuing the final SECURE rule, APHIS carefully considered each of the thousands of comments received in response to proposed rule.

APHIS’ rule is final on the day it is published in the Federal Register. The new rule’s provisions become effective on key dates over the next 18 months. You can find a complete overview of the effective dates for the provisions in the final rule and a description of the implementation process on APHIS’ website.