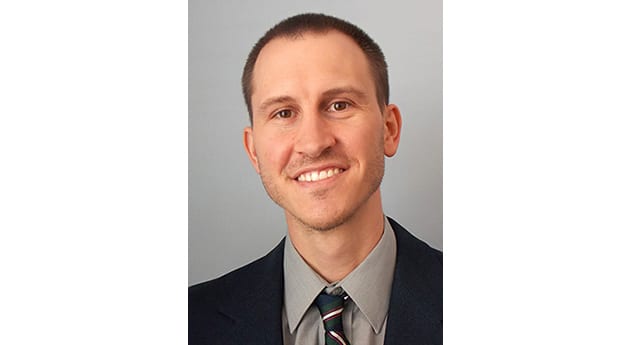 Mark Williams, a U.S. Department of Agriculture (USDA) scientist, has been named a finalist for a Samuel J. Heyman Service to America Medal in recognition of his pioneering research to protect water quality and aquatic life from pollutants in agricultural runoff. (USDA/ARS)

WASHINGTON — Mark Williams, a U.S. Department of Agriculture (USDA) scientist, has been named a finalist for a Samuel J. Heyman Service to America Medal in recognition of his pioneering research to protect water quality and aquatic life from pollutants in agricultural runoff.

The awards, also known as the “Sammies,” are given each year by the Partnership for Public Service to federal employees who have distinguished themselves by making the country safer, healthier and stronger. In addition, the organization is offering a People’s Choice Award in which the public is encouraged to vote, starting May 2, for the finalists it believes are worthy of additional recognition.

“Dr. Williams’ research exemplifies the ARS mission to deliver scientific solutions to agricultural challenges across this nation,” said Chavonda Jacobs-Young, Administrator for USDA’s Agricultural Research Service. “He is dedicated to finding innovative ways to protect our nation’s waterways, and this pioneering research has improved the way we grow food without negatively impacting our marine habitats.”

An agricultural engineer with ARS’s National Soil Erosion Research Laboratory in West Lafayette, Indiana, Williams is credited with painting a more accurate picture of the movement of nitrogen and phosphorus via commonly used field drainage systems. His efforts included investigating conservation practices to prevent the escape of these nutrients in runoff, which can enter lakes, rivers and other water resources, diminishing their quality and increasing the risk of toxin-producing algal blooms that can endanger aquatic life as well as impact commercial and recreational activities.

Indeed, nutrient discharge from urban and agricultural areas into the Mississippi River watershed has been linked to algal blooms responsible for the Gulf of Mexico’s so-called “dead zone”—an area of several thousand square miles where fish and other marine life cannot survive because of little to no dissolved oxygen in the water. According to a Union of Concerned Scientist study, the dead zone, which can span 5,400-square miles on average, causes $2.5 billion annually in damages to fisheries and marine habitats.

“The challenge is that we need to grow food, but in a way that doesn’t cause problems downstream—it’s more complicated than people think,” said Williams.

Towards that end, Williams has focused his expertise in field and watershed hydrology, as well as nutrient movement, to quantify where, when and how much nitrogen and phosphorus fertilizer can pass through tile-drained systems. Used by farmers, these systems consist of pipes installed below ground to remove excess water from soil. Tile drainage is necessary to prevent soil from becoming oversaturated with water which can damage crops and farm machinery, increase erosion and cause other harm.

Williams’ pioneering research included the use of isotopic tracers to reveal the importance of what’s known as “preferential flow” — the uneven movement of water and nutrients through the soil to tile drains. These and other findings revealed what had eluded researchers before: that the system can in fact serve as a significant pathway for nutrient transport — especially phosphorus—leading to guesswork and disjoined conservation practices.

“In the 1980s everyone was taught that phosphorus wasn’t mobile in tile drainage because it would bind with soil,” Williams explained. “But even a small amount of phosphorus entering a tile drainage system can have devastating effects downstream.”

Williams’ work has taken on new urgency as the amount of agricultural land using tile drainage in the United States is growing, with more than 60 million acres implementing tile-draining systems, by some estimates. On the outreach front, Williams has advised farmers and other stakeholders about the research gaps associated with drainage water management and has facilitated the installation of water quality measurement instruments.

The hard data and findings emerging from his research have been incorporated in real-life modeling used by scientists, agronomists, farmers, engineers, federal agencies and academic institutions. This, in turn, has helped drive better decision-making about tile drainage and the most effective means of keeping the nutrients in place—all while protecting water quality and meeting the nation’s food, fiber, feed and fuel needs.

VIDEO: Why don’t they make grade B maple syrup anymore?