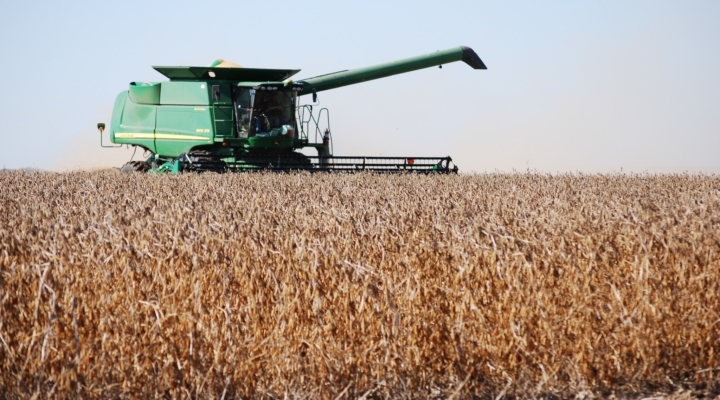 Soybean planted area for 2018 is estimated at 89.6 million acres, down 1 percent from 2017. (United Soybean Board, Flickr/Creative Commons)

Following up to the Prospective Plantings report released in late spring, NASS surveyed approximately 8,600 segments of land and 70,500 farm operators during the first two weeks of June to gather information on what farmers actually planted. Key findings released in the Acreage report include:

Corn
•    Growers expect to harvest 81.8 million acres of corn for grain, down 1 percent from last year.
•    Ninety-two percent of all corn acres planted in the United States are biotech varieties, unchanged from last year.

NASS today also released the quarterly Grain Stocks report to provide estimates of on-farm and off-farm stocks as of June 1. Key findings in that report include:

The Acreage and Grain Stocks reports and all other NASS reports are available online at www.nass.usda.gov.