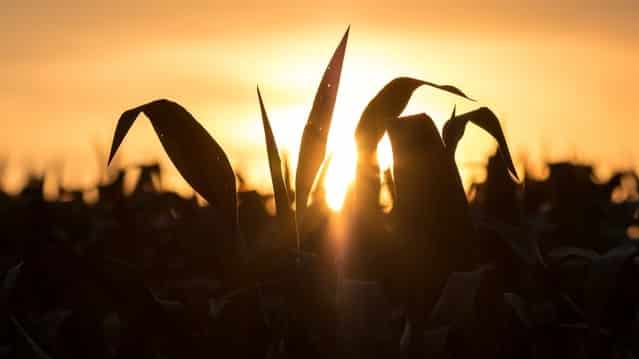 Agriculture groups applauded the additional money, much of which will come in direct payments for crops that meet a specified threshold of price decline. (Photo by T. Q. on Unsplash)

DES MOINES, Iowa (AP) — The federal government said Friday that it will give farmers an additional $14 billion to compensate them for the difficulties they have experienced selling their crops, milk and meat because of the coronavirus pandemic.

The U.S. Department of Agriculture released details of its plan that it said will provide “financial assistance that gives producers the ability to absorb increased marketing costs associated with the COVID-19 pandemic.”

President Donald Trump first mentioned the aid in a speech Thursday night in Wisconsin, a presidential battleground state that is considered vital for his chances to win a second term.

The additional payments illustrate the importance of farmers as a voting block to Trump’s reelection. He addressed them in Wisconsin directly, saying “you gotta love Trump” and promising favorable trade and regulatory changes, as well as tax cuts.

“Now we have to get four more years to cement it, and to do additional things,” he said.

The coronavirus pandemic has created several problems for farmers. Lowered availability of labor has reduced crop and livestock production as well as processing capacity in meatpacking plants and other facilities. These problems have pushed prices that farmers receive for commodities lower. They’ve also seen a drop in demand for some products as fewer people have been eating out. Farm households also have suffered from loss of income from off-farm jobs that they use to fund farm production needs, household living expenses and payments on farm business debt.

Agriculture groups applauded the additional money, much of which will come in direct payments for crops that meet a specified threshold of price decline. They include corn, soybeans, wheat and some cotton.

Farmers can begin signing up for the money on Monday.

“We listened to feedback received from farmers, ranchers and agricultural organizations about the impact of the pandemic on our nations’ farms and ranches, and we developed a program to better meet the needs of those impacted,” Agriculture Secretary Secretary Perdue said in a statement.

The program places a payment cap of $250,000 per person or farm entity for all commodities combined. Gross income can’t be more than $900,000, unless at least 75% or more of their income is derived from farming, ranching or forestry-related activities.

In April the administration rolled out a $19 billion program, most of which was in the form of direct farm payments. That followed $28 billion the federal government gave farmers to compensate for two years of disruptions caused by Trump’s tariff battles with trading partners.

Some crop and livestock groups have criticized the way previous aid was divided, and National Farmers Union President Rob Larew made it clear in a statement that farmers want the money distributed fairly.

“The first round of funding, though greatly appreciated, was not without its flaws,” Larew said. “Not only did it favor large farms over smaller ones, it also sent millions of dollars to foreign-owned operations and excluded some farmers entirely.”

He asked for congressional oversight and for the USDA to ensure that payments “are commensurate with demonstrated need.”

Scott Irwin, a University of Illinois professor who focuses on agricultural markets, said the federal payments have offset a “triple whammy” of low commodity prices, a trade war with China and a drop in demand due to the coronavirus. It’s hard to overstate how much the payments have helped some Midwest corn and soybean farmers, Irwin said, noting that a University of Illinois analysis found that in 2019, various federal support programs were responsible for 90% of a median grain operation’s net farm income in Illinois.

“It has basically stopped the agricultural boat from leaking,” Irwin said. “It’s been so big under President Trump that at least for the time being the financial picture in agriculture is not going backward.”

Even as federal support has been responsible for more than one-third of U.S. net farm income in 2020, Irwin said many farmers still are struggling because of poor prices.

“No one is getting rich from of all this aid because the market prices have been so low, but it has stopped the bleeding financially,” Irwin said.

The money for the farm programs comes from the Commodity Credit Corporation, which was created in 1933. It has authority from Congress to borrow up to $30 billion from the U.S. Treasury and private lending agencies.

With the latest round of aid, the CCC may deplete its current limits, requiring a continuing resolution by Congress to replenish its funding, said John Newton, chief economist for the American Farm Bureau Federation.

So nice he's doing it twice: Censky returning to soy