Home / Nebraska / USDA NASS to collect 2021 crop production and stocks data
A new user experience is coming! We'll be asking you to login to your Morning Ag Clips account March 1st to access these new features.
We can't wait to share them with you! Read more here. 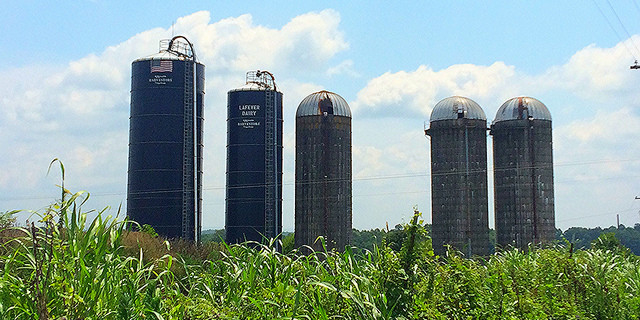 As the 2021 growing season comes to an end, the U.S. Department of Agriculture's National Agricultural Statistics Service (NASS) will contact producers nationwide to gather final year-end crop production numbers and the amount of grain and oilseeds stored on their farms. (Rex Hammock via flickr)

LINCOLN — As the 2021 growing season comes to an end, the U.S. Department of Agriculture’s National Agricultural Statistics Service (NASS) will contact producers nationwide to gather final year-end crop production numbers and the amount of grain and oilseeds stored on their farms. At the same time, NASS will survey grain facility operators to determine year-end off-farm grain and oilseed stocks.

“These surveys are the largest and most important year-end surveys conducted by NASS,” explained NASS’s Northern Plains Director Nicholas Streff. “They are the basis for the official USDA estimates of production and harvested acres of all major agricultural commodities in the United States as well as grain and oilseed supplies. Data from the survey will benefit farmers and processors by providing timely and accurate information to help them make crucial year-end business decisions and begin planning for the next growing and marketing season.”

“Responses to the survey will be used in calculating county-level yields which have a direct impact on farmers around the State. USDA’s Farm Service Agency may use the data in administering producer programs and in determining disaster assistance program calculations,” said Streff. “NASS cannot publish a county yield unless it receives enough reports from producers in that county to make a statistically defensible estimate. So, it is very important that producers respond to this survey. In 2020, NASS was unable to publish several large producing counties due to an insufficient number of responses.”

“As required by Federal law, all responses are completely confidential,” Streff continued. “We safeguard the privacy of all respondents, ensuring that no individual operation or producer can be identified. Individual responses are also exempt from the Freedom of Information Act.”

Survey results will be published in several reports, including the Crop Production Annual Summary and the quarterly Grain Stocks report, both to be released on January 12. These and all NASS reports are available online at www.nass.usda.gov. For more information call the NASS Nebraska Field Office at 800-582-6443.