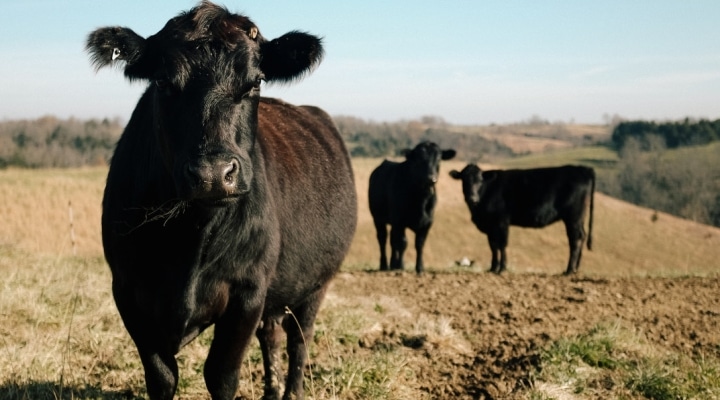 In north central Oregon, producers tried to prep fields for seeding. Temperatures remained mild. Pastures dried up and cattle were supplemented with hay in some spots. CRP emergency grazing opened, which helped a lot with the pasture situation. (David Lundgren/Unsplash)

Olympia, Wash. — Crop progress and conditions for the Northwest Region for the week ending September 5, 2021.

Idaho Crop Harvest Made Steady Progress in Moderate and Dry Weather
There were 6.9 days suitable for fieldwork, the same as reported the previous week. Temperatures continued to run near normal to slightly below normal in much of the State. Little to no moisture was reported. There were still some spring planted grains to be harvested in eastern Idaho. Row crop harvest continued. Early sugarbeet digs started in south central Idaho. Corn silage harvest continued to ramp up as well. Onion harvest made steady progress in western Idaho. Fields were worked for winter cereals in south central Idaho. Not much fall seeding was reported in northern Idaho as growers waited for some rain before seeding. Some areas of northern Idaho received small amounts of moisture a few weeks ago, while other areas have not observed rainfall in months.

Very Dry Conditions in Oregon
There were 7.0 days suitable for field work, unchanged from the previous week. In northwest Oregon, dry conditions
continued. There was good weather for irrigated crops. The moisture was too uneven to give operators a chance to plant dryland fall crops. In north central Oregon, producers tried to prep fields for seeding. Temperatures remained mild. Pastures dried up and cattle were supplemented with hay in some spots. CRP emergency grazing opened, which helped a lot with the pasture situation. In northeast Oregon, conditions continued to be very dry. No winter wheat was planted. Seed zone water was very low such that no growers attempted to plant winter wheat at their traditional time. In southwest Oregon, crop conditions for all non-irrigated crops continued to deteriorate. Local streams and rivers were at historical low levels, leaving only the oldest water right users with access. Wine grape producers in the Umpqua Valley began harvest. Apple growers irrigated their orchards as many varieties still needed another month or more to size and ripen. Fall wheat and cover crop planting was on hold as producers waited for rain before seeding. In Malheur County, continued mild weather made for good harvest conditions. Harvest of onions, beans, silage corn, and alfalfa continued. The lack of field labor continued to be an issue. In Lake County, no precipitation was received during the week. The county precipitation was well below average since the beginning of the water year. Livestock producers continued to haul water to their cattle due to the extreme drought conditions.

Dry Conditions Remained with Cooler Temperatures Throughout Washington
There were 7.0 days suitable for field work, unchanged from the previous week. Statewide temperatures for the week
ending September 5, were below normal. In San Juan County, there was no change in livestock management. Irrigated orchards showed ripened fruit. Pastures turned from green to a brown crisp due to no rainfall. In Yakima County, there was another week of pleasant temperatures. Shifting winds hindered containment of the Schneider Springs fire that enveloped 86,000 acres of forestland. Early to mid-season varieties of apples were harvested. Hop harvest was running at full force. In Whitman County, harvest of legumes was not complete yet. Grain harvest was complete, and conditions remained dry throughout the area.