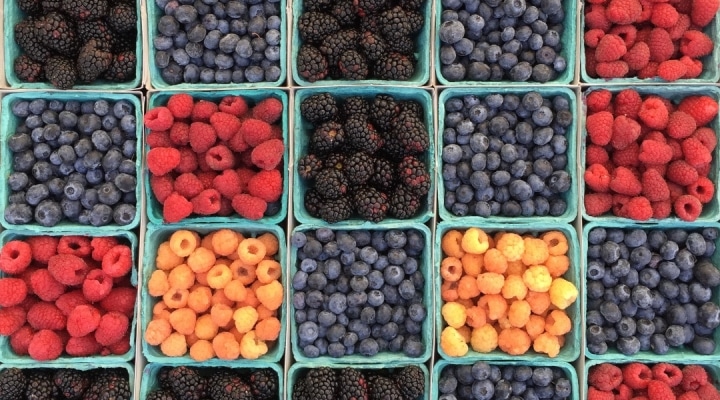 In Yakima County, Washington, no precipitation was received for the second consecutive week. Raspberry harvest slowed down as the hot weather settled in. Bins were placed in peach, nectarine, and pear orchards in anticipation of fruit harvest. (William Felker/Unsplash)

OLYMPIA, Wash. — USDA NASS provided its crop progress and condition report for the Northwest Region for the week ending July 24, 2022.

Temperatures Rose in Idaho
There were 6.9 days suitable for fieldwork, up from 6.8 the previous week. Statewide, the temperatures were much hotter from where they had been for most of the summer. In the southern part of the State, ranchers continued to put up their first crop. In Clark County, producers reported hot and dry conditions. Northern Idaho had bluegrass seed and timothy hay harvest in full swing. South central Idaho experienced hot weather. In eastern Idaho, weather was searing. Some irrigation districts started restricting water usage. Southwestern Idaho experienced warmer temperatures as well.

Summer Weather in Oregon, Wheat Harvest Progress Ramped Up
There were 7.0 days suitable for fieldwork in Oregon, unchanged from the previous week. In northwest Oregon, the weather was hot for horticultural crops. Corn was growing and fields were hayed in Clatsop and Tillamook Counties. In north central Oregon, there was hot, dry summer heat. The ground dried rapidly and harvest was in full swing. In southwest Oregon, the hay crop was better than last year. Malheur County reported high temperatures limited the growth of many crops. Pest pressure increased, especially with spider mites reported in the corn and sugarbeet fields. Wheat harvest ramped up throughout the week. In Lake County, no precipitation was received.

Warm and Dry Weather in Washington
There were 7.0 days suitable for fieldwork in Washington, up from 6.8 days the previous week. Statewide temperatures were mostly normal. In Snohomish County, berries were running late, but crops were looking great. Cool weather crops were flourishing. Cucurbits started to take off, but tomatoes and peppers struggled. In central Washington, the weather was hot and dry. Canola harvest began. In Klickitat County, most first cuttings of hay were completed and about half of the second cutting was down and started to get baled. Cattle had sufficient pasture. In Yakima County, no precipitation was received for the second consecutive week. Raspberry harvest slowed down as the hot weather settled in. Bins were placed in peach, nectarine, and pear orchards in anticipation of fruit harvest. In addition to green beans, cucumbers, summer squash, eggplant, garlic, and onions, peppers and sweet corn were found at roadside vegetable stands. Most hop bins crested the top of the trellis and were setting flowers. In northeast Washington, temperatures were warm and dry. In
east central Washington, canola and winter wheat harvests began. In southeast Washington, harvest started even as temperatures rose.