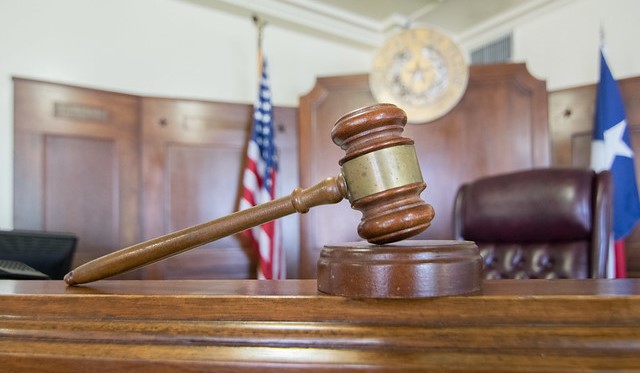 The court found that NRCS wrongly accused the Bouchers of harming a non-existent wetland on their property but made no effort to correct the record even after the accusations were shown to be groundless. (Patrick Feller, Flickr/Creative Commons)

WASHINGTON — Farmers and ranchers are being denied due process as part of an abuse of discretion by the Natural Resources Conservation Service, according to a scathing ruling by the Court of Appeals for the Seventh Circuit. The ruling is highlighted in a letter from the American Farm Bureau Federation calling on Agriculture Secretary Sonny Perdue to enact much-needed reforms in the agency.

The letter focuses on the case of an Indiana farm owned by David and Rita Boucher, and Mrs. Boucher’s 17-year saga of unfair treatment at the hands of the NRCS staff. The Bouchers removed nine trees on 2.8 acres and NRCS, in turn, demanded they plant 300 trees per acre as compensation.

The court found that NRCS wrongly accused the Bouchers of harming a non-existent wetland on their property but made no effort to correct the record even after the accusations were shown to be groundless. The NRCS judgment made the farm ineligible for a wide variety of government programs, creating a roadblock for the Bouchers to obtain the loans and crop insurance necessary to stay in operation.

“The USDA repeatedly failed to follow applicable law and agency standards,” the court wrote. “It disregarded compelling evidence showing that the acreage in question never qualified as wetlands that could have been converted illegally into croplands. And the agency has kept shifting its explanations for treating the acreage as converted wetlands. The USDA’s treatment of the Bouchers’ acreage as converted wetlands easily qualifies as arbitrary, capricious, and an abuse of discretion.”

The Bouchers are not the only victims of NRCS regulatory abuse, as noted in the letter and as previously conveyed to USDA by AFBF.

“The wrongs identified by the Seventh Circuit are systemic throughout NRCS and representative of the experience of countless farmers,” AFBF wrote. “We hope that you find this case as shocking and troubling as does the Seventh Circuit.

“USDA’s implementation of its conservation compliance programs transcends politics: the Bouchers’ battle began in the beginning of the Bush presidency and continued through the Obama and Trump administrations. The unanimous judges on the Seventh Circuit were appointed by Presidents Reagan, Clinton, and Obama. And the actions by USDA were not limited to a few individuals, but were endemic through all levels of review and appeal.”

AFBF is calling on Secretary Perdue to accept the Seventh Circuit decision and compensate Mrs. Boucher for costs incurred in her fight against the federal government. More broadly, the letter urges USDA to view its finalization of the Interim Final Rule as an opportunity to correct the problems identified in the ruling.

The letter explains, “In reality, affected farmers typically have been unable to challenge the agency’s decisions because they simply cannot afford to lose eligibility or the costs of a fruitless appeal. Generally, farmers follow the direction of the agency to avoid ineligibility instead of appealing.”

Additionally, AFBF is asking USDA to: