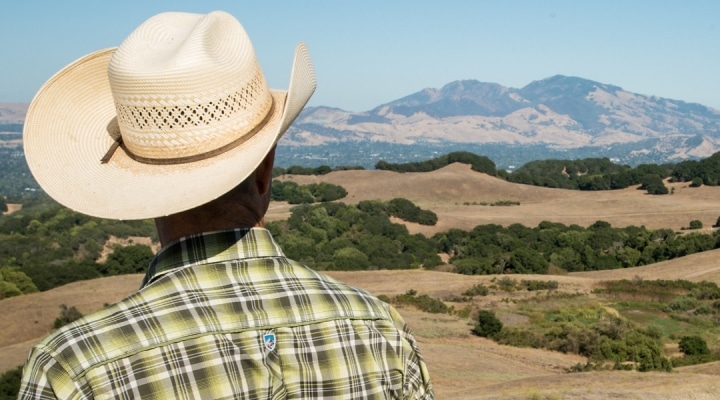 DAVIS, Calif. — As Californian counties begin to issue water shortages for 2021 and lakes and rivers precipitously fall in their water levels, the threats posed to communities by drought are again becoming clear.

In the case of rangelands – open country that is grazed by livestock and which accounts for over 6 million acres of the Golden State – droughts coupled with drier and more variable rainfalls are expected to present significant impacts and challenges, especially for ranchers.

This is largely because rangelands need to be frequently reseeded or replanted in areas that have been degraded by man-made and natural factors, like fire and drought.

Jennifer Funk, an associate professor of ecology in the Department of Plant Sciences at the University of California, Davis, has received a $481,274 grant from the United States Department of Agriculture to improve the understanding of how rangeland plants respond to drought conditions.

“With dry conditions increasingly looming, managers of rangelands may want to consider planting species or varieties that tolerate drought,” Funk said. “However, despite decades of research, ecologists cannot accurately predict which species will tolerate drought, or how drought will influence outcomes that producers care about, such as productivity and forage quality.”

While it is believed that drought response in plants is determined by plant traits, the ecological theory was primarily developed with woody plants. On rangelands, the most common type of plants you will see are herbaceous (think various kinds of clovers and grasses).

In her project, Funk will create a comprehensive study of how traits inform drought response in herbaceous plants by looking at five ecologically distinct and economically important rangeland communities along a rainfall gradient in California.

Based on this data, Funk and her team will establish field plots at the UC Davis Farm and subject the plants to drought over a two-year period. Physiological, morphological, and phenological traits will be measured in addition to plant mortality and ecosystem services, such as productivity and forage quality.

“This research will be a strong empirical test of trait-based ecological theories in ecosystem management, and will allow rangeland managers to use increasingly available plant trait data to tailor restorations to both site conditions and desired ecosystem services,” Funk said.