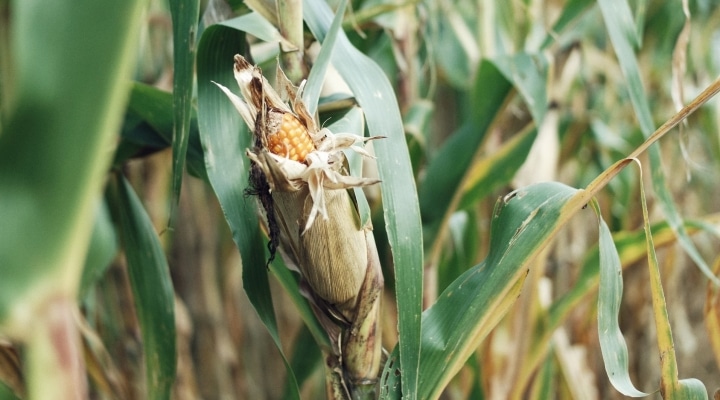 Corn growers are expected to increase their production 9% from 2019. (Photo by Jericka Cruz on Unsplash)

In response to the derecho experienced by Iowa producers on August 10, NASS collected harvested acreage information for both corn and soybeans in Iowa. This data was analyzed along with remote sensing and administrative data in preparation for this report. As a result, NASS lowered corn harvested acreage in Iowa by 550,000 acres. Soybean acres were unchanged.

The average U.S. corn yield is forecast at a record high 178.5 bushels per acre, down 3.3 bushels from last month’s forecast but up 11.1 bushels from last year. NASS forecasts record-high yields in Georgia, Kentucky, Michigan, Minnesota, New York, South Carolina, South Dakota, Washington, and Wisconsin. Acres planted to corn, at 92.0 million, are up 3% from 2019. Area to be harvested for grain is forecast at 83.5 million acres, down less than 1% from last month but 3% more than was harvested last year. As of August 30, 62% of this year’s corn crop was reported in good or excellent condition, 4 percentage points above the same time last year.

Area for soybean harvest is forecast at 83.0 million acres with planted area for the nation estimated at 83.8 million acres, up 10% from last year. Soybean yields are expected to average a record high 51.9 bushels per acre, down 1.4 bushels from last month’s forecast but up 4.5 bushels from 2019. If realized, the forecasted yields in Indiana, Kentucky, Minnesota, Missouri, Ohio, Pennsylvania, and Tennessee will also be record high.

Today’s report also included a production forecast for U.S. cotton. NASS forecasts all cotton production at 17.1 million 480-pound bales, down 6% from the August 1 forecast and down 14% from last year. Yield is expected to average a record high 910 pounds per harvested acre, up 87 pounds from 2019. As is done every year in September, planted and harvested acreage estimates for cotton were reviewed based on all available data, including the latest certified acreage data from the Farm Service Agency (FSA). As a result, area planted to all cotton is estimated at 12.1 million acres, down less than 1% from the previous estimate and 12% below last year. Area to be harvested is forecast at 9.01 million acres, 3% below last month’s forecast and 22% fewer acres than were harvested last season.

NASS interviewed more than 9,100 producers across the country and conducted objective yield surveys for corn, cotton, and soybeans in preparation for this report. The Crop Production report is published monthly and is available online at www.nass.usda.gov/Publications.