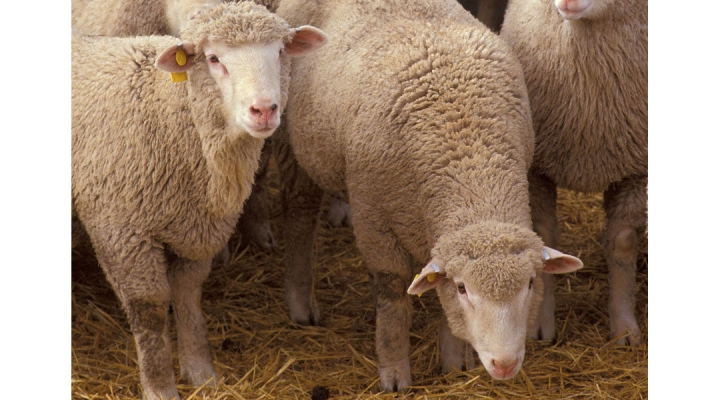 The U.S. Department of Agriculture’s Agricultural Research Service has announced a groundbreaking treatment that prevents anemia, weight loss, poor wool and meat production, and even death in sheep. ARS researchers partnered to solve H. contortus parasite infection, which also happens to be a challenging health problem in the American sheep industry. (USDA)

WASHINGTON, D.C. — The U.S. Department of Agriculture’s Agricultural Research Service has announced a groundbreaking treatment that prevents anemia, weight loss, poor wool and meat production, and even death in sheep.

ARS researchers partnered with Virginia Tech and the University of Massachusetts’ Medical School to solve H. contortus parasite infection, which also happens to be a challenging health problem in the American sheep industry. The parasite infects the stomach of ruminant mammals, feeding and interfering with digestion, before ultimately affecting the animal’s overall health and stability.

“The H. contortus parasite has developed resistance to virtually all known classes of anti-parasitic drugs,” said ARS Researcher Dr. Joseph Urban, who led the research team in testing and implementation of a para-probiotic treatment to kill the parasite that causes H.contortus.

The worm parasite mates within the animal and its fertilized eggs pass through the animal’s waste into the soil. The larvae then develop to re-infect other unsuspecting animals, spreading the infection throughout a pasture and creating a cycle of infection that hinders animal growth, development and production.

“This is a major problem, and the newly-developed treatment is derived from bacteria normally found in the soil that can produce a protein that binds to receptors in the intestine of the parasite,” said Urban. “The treatment will then kill the parasites and reduce debilitating infection in adult sheep.”

“When the treatment was given to infected sheep at Virginia Tech, there was a rapid and dramatic reduction of parasite reproduction and survival, without any negative effect observed in the sheep,” said Dr. Anne Zajac, professor of parasitology at Virginia Tech’s Virginia-Maryland College of Veterinary Medicine.

Para-probiotics are “inactive probiotics,” or good bacteria that can still provide health benefits. Despite the growing interest in para-probiotic use, these types of treatments are not commercially available. The treatments are currently under review by the U.S. Food and Drug Administration and will likely be commercially produced in large amounts once approved. This will help to protect an even larger population of animals across the country.

“Para-probiotics represent a new evolution and hope in dealing with a malignant and pervasive parasite,” said Dr. Raffi Aroian, a professor in the Molecular Medicine program at the University of Massachusetts’ Medical School. “The development of new therapeutics for this issue has been extremely difficult to come by, and I look forward to watching this new advancement unfold in the global and domestic industry.”