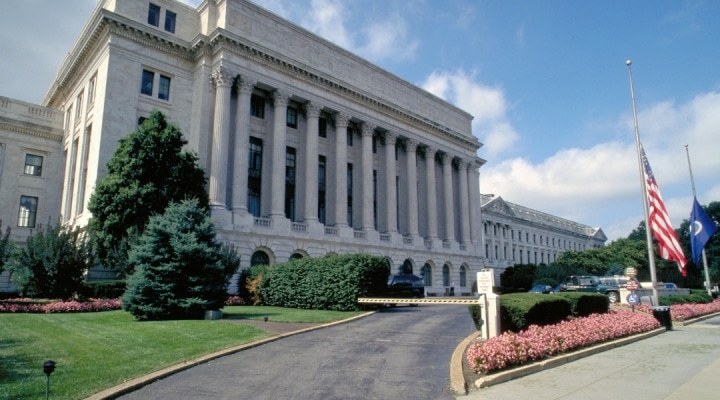 FSA State Executive Directors oversee Farm Service Agency operations and agricultural policy implementation in the state. RD State Directors serve as the chief executive officer of Rural Development in the states and territories and are tasked with carrying out the mission of Rural Development to the benefit of everyone in rural America. (U.S. Department of Agriculture, Public Domain)

“I am thrilled to welcome these talented and experienced public servants to USDA at a critical time in the Biden-Harris administration,” said Agriculture Secretary Tom Vilsack. “I look forward to working alongside these individuals to build a better America.”

Amy Knapp Pettit was raised on a cow-calf operation on the Southern Oregon Coast where her family has raised premier beef cattle for over 100 years. She graduated from Oregon State University with a Bachelor of Science in Agricultural Business Management in 2003. Knapp Pettit arrived in Alaska in 2005 and began her career with the State Division of Agriculture. During her tenure, she led the Marketing & Development team, was a founding Board member of the Alaska Food Policy Council and sat on the North American Agricultural Marketing Officials Executive Board. Knapp Pettit most recently served as the Executive Director of the Alaska Farmland Trust, where she started in 2015.

Born and raised in Reno, Nevada, Janice Kolvet began her career with FSA 25 years ago. She managed farm program delivery at the county level as a district director and as an agricultural program specialist in Nevada and California. At FSA headquarters in Washington, D.C, Kolvet served as a supervisory agricultural program specialist directing staff on national farm policy with the Production, Emergencies and Compliance Division. She also worked on a 2014 Farm Bill taskforce, which was tasked with developing new policy for federal disaster assistance. Kolvet also has previous experience as a cattle rancher in Elko, Nevada.

Marcy Svenningsen and her husband own and operate a farm and ranch near Valley City, North Dakota, where they produce wheat, corn, soybeans and feed. For over thirty years, she worked as the Finance Director for the Valley City Open Door Center, a non-profit corporation that provides services to individuals with disabilities. For eight years, Svenningsen served as the Chair of the USDA ND Farm Service Agency State Committee and for twelve years, served as a District Director on the North Dakota Farmers Union board. Most recently, she served as chair of the Cass County Electric Cooperative board of directors and on the Minnkota Power Cooperative board of directors. Svenningsen graduated with a degree in Accounting from Valley City State University.

Julia Hnilicka has been appointed RD State Director for Alaska

Born and raised in rural Alaska, Julia Hnilicka has resided for the majority of her life in her home village of Nenana. For over ten years, she operated her family’s barge company on the Tanana and Yukon Rivers. In 2020, Hnilicka obtained her Master’s in Rural Development from the University of Alaska Fairbanks, where she also worked as a teaching assistant. She most recently worked as a project manager for Fairbanks Economic Development Corporation.

Chris Kanazawa has been appointed RD State Director for Hawaii

Chris J. Kanazawa returns to this role twelve years after being appointed by President Barack Obama in 2010. Under his leadership, the Hawaii State Office provided over $2.5 billion in loans and grants to assist residential, commercial, public infrastructure, renewable energy, utility, and agriculture projects. Prior to his appointment, Kanazawa served as the President and CEO of Parker Ranch, Inc. in Waimea, Hawaii, the fifth largest cattle ranch in the United States. He also worked in the real estate industry and served as President of the Land Division for Amfac/JMB Hawaii. Kanazawa holds a Bachelor of Arts degree in Economics from the University of Hawaii at Manoa and a Master of Business Administration degree in Accounting and Finance from the University of Southern California Marshall School of Business.

A lifelong Hoosier, Dr. Terry Goodin grew up raising beef cattle on the family farm, which he continues to operate today. Most recently, Goodin served 24 years as the Superintendent of Crothersville Community Schools. He served in the Indiana House of Representatives for 20 years, including one year as the House Minority Leader. Goodin served on the State Budget Committee and as the Vice-Chairman of the House Ways and Means Committee. He was a member of the Agriculture and Rural Development, Natural Resources, Roads and Transportation, International Trade, Banking and Finance, and Elections and Apportionment Committees. Goodin is a graduate of Eastern Kentucky University where he received his Bachelor of Arts in 1989 and Master of Arts in History and Secondary Education in 1990. In 1995, he received his Doctorate from Indiana University Bloomington.

Most recently, Scott J. Soares owned and operated his own firm, Boston Bay Consulting. He returns to this role after serving in it from 2015 to 2017, during which he oversaw delivery of over 50 programs aimed at improving economic prosperity for Southern New England’s rural communities. From 2012 to 2015, Soares served as Executive Director of the U.S. Cranberry Marketing Committee (CMC). He began his career at the Massachusetts Department of Agricultural Resources, where he served in several positions including as the first Aquaculture Program Director. Soares was appointed Commissioner of the Massachusetts Department of Agriculture in 2009. He graduated with degrees in Biology and Marine Biology from UMass Dartmouth and is veteran of the United States Army.

Colleen Landkamer has been appointed RD State Director for Minnesota

Colleen Landkamer was first elected to the Blue Earth County Board of Commissioners in 1988. After 21 years of service, she was appointed by President Obama to serve as Minnesota’s Rural Development State Director in 2009. Following her eight-year appointment and almost ten years away from serving on the Blue Earth County Board, Landkamer was re-elected to the board in 2019. She is deeply involved in the National Association of Couties, serving as President in 2006 and 2007 and on the executive board since 2002. Additionally, she cofounded the National Association of Counties Rural Action Caucus in 1998. Landkamer previously served as president of the Association of Minnesota Counties (AMC).

Dr. Trina George returns to USDA after her historic appointment as Mississippi’s RD State Director in 2009, when she became the first woman and first Black woman to hold the position. Prior to her appointment, she served as the Special Projects/Community Outreach and Development Coordinator in the Office of Congressman Bennie G. Thompson (MS-02). George previously served as President her local Parent Teacher Association and volunteers with AmeriCorp volunteer. She is also a lifetime member of the Girl Scouts of America and an active member in the Alpha Kappa Alpha Sorority, Incorporated. George earned her Ph.D. from Walden University in Public Policy and Administration. She holds a master’s degree from Mississippi State University, and a bachelor’s degree from Mississippi Valley State University.

Jane Asselta grew up miles from her family’s farm in Vineland, New Jersey. She most recently served as Vice President of the Southern New Jersey Development Council, a non-profit business association comprised of public and private sector organizations that care about current and future development in South New Jersey. Prior, she operated a boutique fundraising consulting firm in Chicago. Asselta is a graduate of Douglass College, Rutgers University and Vineland High School.

Kenneth Corn has been appointed RD State Director for Oklahoma

Kenneth Corn served in the Oklahoma House of Representatives from 1998 to 2002 and the Oklahoma Senate from 2002 to 2010. At the time of his election to the Senate in 2002, he was the youngest person elected to the body. During his tenure, Corn chaired the Senate Appropriations Sub-committee for Public Safety and Judiciary and the Retirement and Insurance Committee. In 2010, Corn returned home to Poteau, Oklahoma, where he worked in the oil and gas transportation industry. In 2015, he was appointed the City Manager of Anadarko, Oklahoma, his most recent position.

USDA announces appointments to the American Egg Board