Home / California / USCA opposes importation of Brazilian beef
A new user experience is coming! We'll be asking you to login to your Morning Ag Clips account March 1st to access these new features.
We can't wait to share them with you! Read more here. 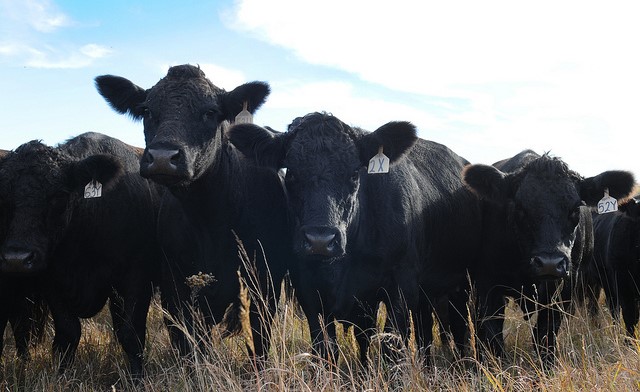 USCA remains strongly opposed to any reopening of beef trade with Brazil. The final audit report included horrific examples of a lack of equivalent food safety standards and protocols, at even the most basic level. Brazil has consistently shown to be a bad actor in the global marketplace. (K-State Research and Extension, Flickr/Creative Commons)

The United States Cattlemen’s Association (USCA) is strongly opposed to compromising the health of the domestic cattle herd for the sake of increased beef exports, especially from a country marred by scandal.

From May 15 to June 2, 2017, the U.S. Department of Agriculture’s (USDA) Food Safety and Inspection Service (FSIS) conducted an audit of the Brazilian beef industry due to a high number of rejected exports from the country attempting to make their way into our borders. In total, over 1.9 million pounds of Brazilian beef product has been rejected due to “public health concerns, sanitary conditions, and animal health issues.”

Following the release of this audit, the concerns of U.S. cattle producers were validated as Brazil failed in several categories regarding its trade with the U.S., including: oversight;  statutory authority, food safety and additional consumer protection regulations; sanitation; hazard analysis and critical control points; chemical residue testing programs, and microbiological testing programs.

The nearly 50-page report detailed findings of blood clots, bone chips and abscesses in imported beef from Brazil, proving that mitigation efforts currently in place are not adequate to keep products that can carry Foot and Mouth Disease (FMD) out of the U.S.

The impact of losses from an outbreak of FMD in the U.S. would be catastrophic to the cattle industry and the national economy.  The potential economic losses include the depopulation of herds resulting in the immediate loss of livestock as well as the genetics in those cattle, which have been carefully developed and invested in; quarantine measures, including the closure of any infected premises; disease control measures including the cost of developing and mobilizing appropriate vaccines and implementation of a vaccination program; the disposal of diseased livestock; loss of wildlife and subsequent impact on hunting and recreation; and disruptions in trade as a result of a change in the U.S. FMD status through the World Animal Health Organization (OIE).

A 2009 study conducted by Kansas State University modeled the effect of an FMD outbreak in a 14-county region in southwest Kansas, which is an area of highly concentrated cattle production. The study modeled the potential effects of an FMD outbreak on the entire state based on various sizes of cattle operations. The study stated that an FMD outbreak within a single cow-calf operation would contribute to an overall loss of 126,000 head within the state and a combined cost of $23 million dollars.

An outbreak of FMD in the United Kingdom in 2001 resulted in the slaughter of 6.1 million animals, devastating the agriculture industry, the economy and strained resources to the breaking point.

It has been calculated by the OIE, that a FMD outbreak within the United States could result in $14 billion in losses calculated to include both farm income and the effect on consumers and international trade relations. The devastating effects of FMD cannot be overstated.

Aside from protecting the health of the domestic cattle herd, USCA is also concerned that the reopening of U.S. markets to Brazilian beef will only continue to unveil consumer safety concerns.

In 2017, it was revealed that Brazilian meat inspectors had been caught accepting bribes to allow expired meats to be sold and sanitary permits to be falsified. The sting investigation, dubbed “Operation Weak Meat” also detailed fraudulent laboratories that conducted fabricated microbiological checks. The scandal resulted in the suspension of Brazilian meat imports in China, South Korea, the European Union, Chile, and the United States.

Last year, in an effort to change the rules of a game they were already losing, the Brazilian Beef Association petitioned USDA FSIS to amend the import inspection instructions in FSIS Directive 9900.1 to eliminate “loose tin” from the list of conditions identified as container defects. A loose tin is considered a defective container under USDA FSIS current regulations, as the looseness of the container would indicate the failure of a full vacuum of the food product, allowing for air to enter and spoilage to occur. The petition is just another example of the country attempting to circumvent our rules and regulations for what constitutes a safe food product.  USDA has not issued an official response to the petition.

USCA remains strongly opposed to any reopening of beef trade with Brazil. The final audit report included horrific examples of a lack of equivalent food safety standards and protocols, at even the most basic level. Brazil has consistently shown to be a bad actor in the global marketplace.

Dr. Brooke Miller is a third-generation rancher, raising black Angus cattle in the foothills of the east slope of the Blue Ridge Mountains, and currently serves as Vice President of the United States Cattlemen’s Association.