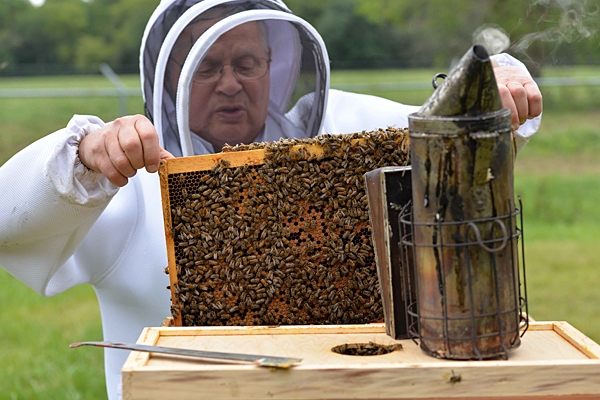 DAYTON, Ohio (AP) — An Ohio Air Force base has been recognized for its efforts to save bee populations.

The Dayton Daily News reports Wright-Patterson Air Force Base received the Bee City USA designation from a national program that helps strengthen ecosystems for bees, which are vital to pollinating many plants humans eat.

Wright-Patterson is the first military base to earn the special environmental distinction.

Wright-Patterson natural resources technician Danielle Trevino says the base’s conservation efforts began in 2015 with 50,000 bees in four colonies. The bee population has since grown to about 250,000.

Trevino says two of the bee colonies will be relocated to a remote area on the base.