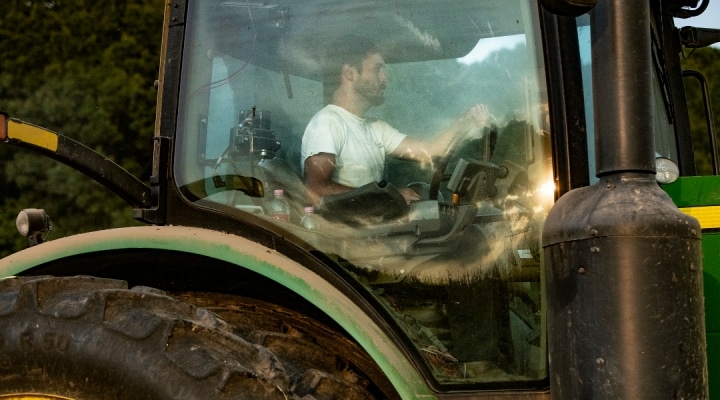 The USDA has forecast that those agricultural exports will remain strong later this year, and coupled with greater demand for livestock feed and ethanol, corn prices have roughly doubled from just over $3 a bushel in spring 2020 to about $6 a bushel now, the highest price in eight years. (U.S. Department of Agriculture, Public Domain)

MADRID, Iowa (AP) — In 43 years of farming, Morey Hill had seen crop-destroying weather, rock-bottom prices, trade fights and surges in government aid, but not until last year had he endured it all in one season.

Now, as Hill and other farmers begin planting the nation’s dominant crops of corn and soybeans, they’re dealing with another shift — the strongest prices in years and a chance to put much of the recent stomach-churning uncertainty behind them. The return to something more akin to normal will be a welcome change from the last two seasons that likely will be remembered as among the most unusual in U.S. agricultural history.

“It will be nice to get out there and feel good about what you’re doing,” said Hill, who farms 400 acres (162 hectares) near the small Iowa community of Madrid. “I don’t have a black cloud hanging over me.”

It’s hard to overstate how bizarre the past two seasons have been for farmers, who for the previous six years had repeatedly produced near-record harvests but saw little profit because commodity prices were so low. The situation worsened after then-President Donald Trump launched a trade war with China that reduced demand and lowered prices, but Trump then blunted the impact with $16 billion in agricultural aid.

Last spring, farmers’ hopes for a more normal season were initially wiped out by the coronavirus pandemic, which disrupted domestic markets, slowed shipping to other countries and devastated demand for corn-based ethanol as people stopped driving. Hundreds of Midwest farmers last August also were hit by a devastating wind storm, called a derecho, that flattened 850,000 acres (343,983 hectares) of crops, including 90% of Hill’s corn and soybean crop.

The federal government then offset those hits with $50 billion in various kinds of aid to farmers plus crop insurance payments.

That massive infusion of aid continued even as U.S. agricultural exports recovered midway through the year, eventually soaring to $146 billion, the second highest export total ever, according to the U.S. Department of Agriculture. The main reason was big increases in exports of soybeans, corn and pork to China.

“So 2020 ended up being the best of both worlds,” said Scott Irwin, a University of Illinois agricultural economist. “Huge government payment and unexpectedly high grain prices.”

The USDA has forecast that those agricultural exports will remain strong later this year, and coupled with greater demand for livestock feed and ethanol, corn prices have roughly doubled from just over $3 a bushel in spring 2020 to about $6 a bushel now, the highest price in eight years.

Thanks to that good news and continued low interest rates, the value of farmland continued a long-term increase, with average prices in Iowa up 7.8% from September to March, according to the Realtors Land Institute’s Iowa chapter.

“All this great news, it makes me nervous,” said Wayne Humphreys, a farmer from Columbus Junction, who laughed as he contrasted the last two years with current trends.

Despite the positive signs, income actually could drop this year for some farmers because the federal government doesn’t plan to continue the billions of dollars in special payments that offset tariffs and coronavirus problems, though generous programs like subsidized crop insurance will continue.

That means that even with strong prices, USDA Chief Economist Seth Meyer predicted in February that net farm income would decline about 8% because of a roughly $20 billion drop in direct farm payments.

Humphreys, a board member of the export market-focused U.S. Grain Council, said he also worries that trade disputes started with China, Canada, Mexico and other nations during the Trump administration could hurt exports in the future because of damage to long-term relationships that agriculture groups built over decades.

“It is a matter of rebuilding trust in Americans’ reliability around the world,” Humphreys said. “That is a daunting task and I’m not sure American agriculture or the American public realizes what a task we have before us.”

“It will be something they’ll never forget,” Nurden said. “It’s a welcome change for them, looking at more of a normal year and realizing that support hopefully will be less needed, and they’ll get their profit from their own production.”