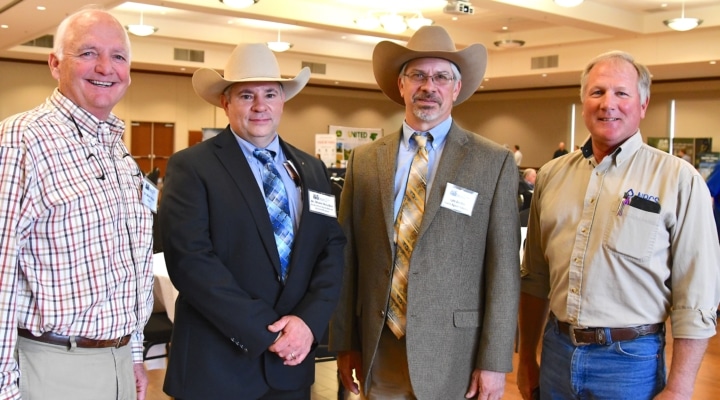 WACO, Texas — With a whirlwind of trade activity as a backdrop,  commodity market gyrations have made unsettling times for grain producers in Texas and across the nation, but there’s hope those are leveling, according to a Texas A&M AgriLife Extension Service economist.

With phase one of the U.S.-China trade pact signed, Welch reminded attendees of the importance of trade relations and the “Man Controlling Trade” statue in front of the Federal Trade Commission in Washington.

“Hopefully we’re getting back on track with some of these trade agreements,” Welch said.

For consumers, the outlook is positive with a steady grain supply projected and no immediate threat to corn food products.

For corn producers, conditions appear right for a large supply of corn in 2020. If that happens, prices are projected to stay relatively flat to lower, around $3.50 a bushel, with little prospect of $5-a-bushel corn in the immediate future.

“The U.S. is the No. 1 producer, user and exporter of corn,” Welch said. “We are the price setter. The world has been producing around 44 million bushels of corn over the past few years and consumption trends worldwide are on the rise.

“It only takes one problem in one major producing area to create price volatility. Globally, we are not looking at a time of overabundant supply of corn.”

Welch said recent U.S. domestic corn use has been flat to lower. In 2019, about 10 million acres of major crops did not get planted. Much of the price forecast depends on what gets planted on those acres in 2020. He expects increases in both corn and soybeans to make up for prevented plantings last year.

Welch said corn acreage at about 93 million acres and an average yield in the mid-170 bushels to the acre would produce one of the largest corn crops in U.S. history. That’s at a time of steady to lower domestic use and increased competition for the export market, he said.

“Consumer use is predicted to be steady as well as feed use for livestock,” Welch said. “Ethanol demand is predicted to be down a bit. So, overall, I wish I had a more price-positive outlook for you corn producers, but it doesn’t appear to be in the forecast.”

“It takes a lot of faith and hope to be a farmer,” he said. “It also takes a lot of smarts and hard work. We appreciate everything you do and the sacrifice you make.”