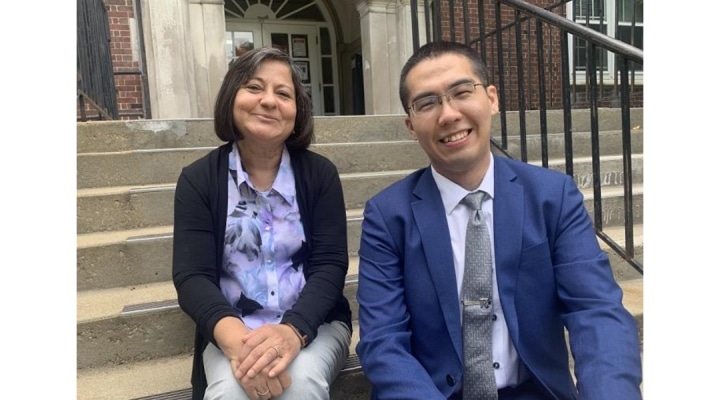 URBANA, Ill. — U.S. corn and soybean varieties have become increasingly heat and drought resistant as agricultural production adapts to a changing climate. But the focus on developing crops for extreme conditions has negatively affected performance under normal weather patterns, a University of Illinois study shows.

“Since the 1950s, advances in breeding and management practices have made corn and soybean more resilient to extreme heat and drought. However, there is a cost for it. Crop productivity with respect to the normal temperature and precipitation is getting lower,” says Chengzheng Yu, doctoral student in the Department of Agricultural and Consumer Economics (ACE) at the University of Illinois and lead author on the new paper, published in Scientific Reports.

Climate projections indicate a mix of extreme and normal weather patterns in the next 50 years, so crops must perform well under a variety of conditions, explains study co-author Madhu Khanna, ACES distinguished professor of environmental economics in ACE.

“It is not enough to just focus on extreme weather conditions. We can’t look at the impacts of climate change in a piecemeal fashion and develop varieties only to cope with certain aspects of it,” Khanna states.

Yu, Khanna, and co-author Ruiqing Miao, Auburn University, studied corn and soybean yield from 1951 to 2017 in the eastern part of the U.S., an area where crops can grow without irrigation. Crop yield increased significantly during this period due to a wide range of technological and breeding improvements. But when the researchers isolated the effect of climate-related adaptations, they found significant negative impacts on yield.

While heat and drought tolerance increased yield by 33% for corn and 20% for soybean over this period, the gain was offset by reduced productivity under normal conditions. Overall, maladaptation due to climate-related factors reduced corn and soybean yield by 8% and 67%, respectively, the researchers found.

“There’s been this trade-off; crops become better adapted to extreme weather, but less adapted to normal conditions,” Khanna says. “Overall, crop yields went up by 100% to 200% over the past decades. We break this down into the components that happened because of climate-related changes, and components that happened irrespective of climate change. And we find the impact of climate-related adaptation has been negative,” she explains.

The researchers also projected net effects of climate change adaptation on crop yields by 2050 under a range of warming scenarios. In the most extreme scenarios, weather-adapted variations will perform better. But under less extreme scenarios varieties that perform well in normal climate would be more productive.

Khanna and Yu conclude that crop breeders should focus on developing crop varieties for diverse weather patterns. Flexibility is important for agricultural producers to be well prepared for future conditions.

“There will be a very significant reduction in crop yield for both corn and soybean over the next 50 years under some extreme warming scenarios, even though the crops are supposedly adapted to extreme conditions. There’s overall maladaptation, because the crops are not fully adapted to every possible combination of extreme and normal conditions. And the overall impact is going to be very negative,” Khanna says. “We need to drastically change how we’re adapting our crops so that they’re better prepared for the mix of conditions we are likely to encounter in the following years.”

–College of Agricultural, Consumer and Environmental Sciences
University of Illinois
via EurekAlert!