Home / DelMarVa / Urban stormwater study finds little difference between managed, unmanaged flows
A new user experience is coming! We'll be asking you to login to your Morning Ag Clips account March 1st to access these new features.
We can't wait to share them with you! Read more here. 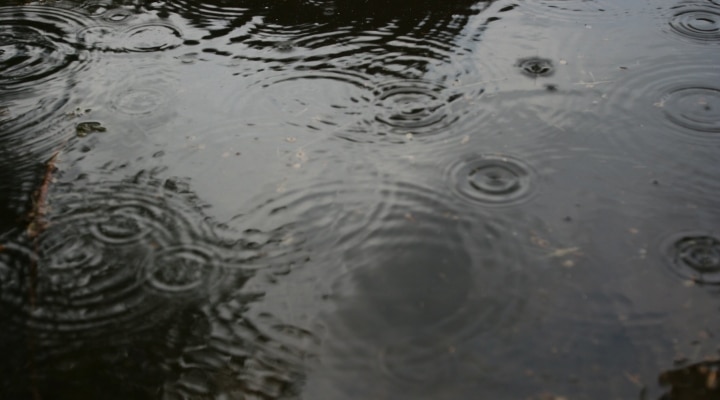 At a time when many municipalities are seeking to control urban stormwater by investing heavily in green infrastructure — such as water-quality ponds, infiltration basins, porous pavement and riparian plantings — a new study suggests that these expensive efforts may not have much of an impact. (photo by MPCA Photos, creative commons/flickr.com)

UNIVERSITY PARK, Pa. — At a time when many municipalities are seeking to control urban stormwater by investing heavily in green infrastructure — such as water-quality ponds, infiltration basins, porous pavement and riparian plantings — a new study suggests that these expensive efforts may not have much of an impact.

The results of the research are especially eye-opening because the intensity of rainstorms is increasing, and urban stormwater management is more important than ever, noted research team member Jonathan Duncan, assistant professor of hydrology, College of Agricultural Sciences, Penn State.

“No one wants to hear this, but we have a high level of confidence in our data and experimental design that reduced variability across sub-watersheds we studied,” he said. “A few other studies have suggested this, but they were not conducted with the detailed watershed-scale hydrology data we had. The bottom line is that we were not able to detect any difference in flows created by stormwater management.”

The research was unique because it was conducted in the Dead Run watershed in Maryland’s Baltimore County, “the most intensely gauged urban watershed in the world,” according to Duncan.

As a result, the researchers were able to examine two decades worth of ecological data related to stormwater flows. “There are five gauging stations within a six-square-mile watershed — other cities are lucky if they’ve got a few — and there are six just within this one sub-watershed in Baltimore,” Duncan said. “So, it’s allowed for a better mechanistic understanding of urban hydrology.”

To reach their conclusions, the researchers analyzed the hydrologic response — the change in runoff volume and timing — in three small, highly impervious urban sub-watersheds to “pulse” rainfall events. This allowed them to assess how traditional stormwater management alters urban hydrographs, which are charts showing streamflow with respect to time.

The watersheds vary in stormwater management coverage from 3% to 61% and in impervious surfaces from 45% to 67%. Those water-repelling surfaces include building roofs, roads, highways and parking lots. For the study, the researchers selected a set of storm events that involved a single rainfall pulse, with more than 96% of total precipitation delivered in 60 minutes.

The research team used watershed-average rainfall data, generated by local radars, to pinpoint local storm “hyetographs” — graphical representations of the distribution of rainfall intensity over time — for each event in each watershed. That adjustment, Duncan pointed out, enhanced watershed comparability because it compensated for the extreme variability of rainfall intensity of short-duration storm events.

In findings recently published in Hydrological Processes, the researchers reported that despite dramatic differences in the fraction of watershed area draining to stormwater management features across the three headwater tributaries studied, they did not find strong evidence that stormwater management caused significant reduction of volume or timing of peak storm flows.

The hydrograph response for the three watersheds was remarkably uniform despite contrasts in stormwater management, impervious cover and spatial patterns of land use, they said.

“Our findings contribute more evidence to the work of previous researchers suggesting that stormwater management is less effective at decreasing urban runoff than commonly is assumed,” Duncan said. “In these watersheds, we believe that the percentage of impervious surfaces may have greater influence on runoff volume than the percent of stormwater management coverage.”

Duncan explained that, historically, communities have used gray infrastructure — systems of detention basins to hold water back as well as gutters, pipes and tunnels — to move stormwater away from where people live to treatment plants or local water bodies. But the gray infrastructure in many municipalities across the country is aging, and its capacity to manage large volumes of stormwater is decreasing.

Congress enacted the Water Infrastructure Improvement Act in 2019, which defines green infrastructure as “the range of measures that use plant or soil systems, permeable pavement or other permeable surfaces or substrates, stormwater harvest and reuse, or landscaping to store, infiltrate, or evapotranspirate stormwater and reduce flows to sewer systems or to surface waters.”

Green infrastructure has many co-benefits, such as carbon sequestration and reducing the urban heat island effect, Duncan noted. “As the fraction of green infrastructure increases, the sooner we understand if it is more effective in managing watershed scale runoff than traditional stormwater practices, the better,” he said.

The Chesapeake Bay Trust and the National Science Foundation supported this work.

Get your hands dirty