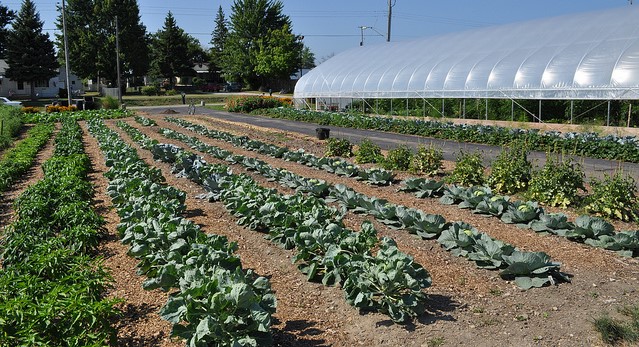 A new report lays a foundation to strengthen urban agriculture on the island by providing recommendations for policymakers, municipalities, and other local officials to better work with small urban farmers. (Stock photo via Michigan Municipal League, Flickr/Creative Commons)

SAN JUAN, Puerto Rico — The damage to small farms in Puerto Rico from Hurricanes Maria and Irma in 2017 brought to light the disconnect between communities interested in urban agriculture initiatives and local governments that don’t recognize their social and economic benefits. To provide solutions, researchers at Ana G. Méndez (formerly Metropolitan University) in San Juan have developed a guide that they hope will help drive the groups toward common ground.

“Guideline for the Development of Community-Based Urban Orchards in Puerto Rico” lays a foundation to strengthen urban agriculture on the island by providing recommendations for policymakers, municipalities, and other local officials to better work with small urban farmers. The publication was developed based on the results of a Southern SARE-funded Research & Education Grant project (LS14-263), “Multisectoral and Transdisciplinary Coalition to Spearhead the Development of a Cohesive Network of Local Limited-resources Urban Community Farmers for Sustainable Agriculture Using the Capital City of Puerto Rico as a Case Study.” It’s the first study focusing on a systems approach to urban agriculture in Puerto Rico.

“Groups interviewed in our study recognized the potential of urban agriculture as a strategy for the socioeconomic development of disadvantaged communities,” said Ortiz. “Urban farming is seen as an opportunity not only as an income for underserved populations, but also as an opportunity for urban revitalization, social interactions and community development. But urban farmers need support from institutions, such as municipalities.”

Ortiz said that local governments are failing to recognize the benefits that urban agriculture initiatives can bring to the island. Farmers, she said, lack the resources and support to maintain a viable, profitable business, which was most evident following the damage from Hurricanes Maria and Irma. Researchers documented 60 percent damage to urban orchards in San Juan communities and attributed much of the losses to lack of emergency preparedness resources and tools to reduce losses in infrastructure or crops.

“From queries with government office and agencies, we concluded that there are many factors that have prevented the enactment of public policy for the development of urban agriculture in Puerto Rico,” said Ortiz. Examples included urban agriculture not perceived as harmonious with urban land-use classification, regulations preventing the development of initiatives in areas marked for industrial or commercial use, lack of value of agrarian uses of land, and traditional views of big-scale agriculture that limit incentives for small farmers.

“This research provided recommendations to support and strengthen urban agriculture practices in Puerto Rico,” said Ortiz. And indeed, their efforts are making headway.

In the publication, “Guideline for the Development of Community-Based Urban Orchards in Puerto Rico”, researchers outline how government officials and urban farmers can connect to address current needs, including government support, access to land, economic resources, knowledge sharing and education and training. The online publication, available in both Spanish and English, also provides a framework for establishing community-based orchards based on the recommendations provided in the study.