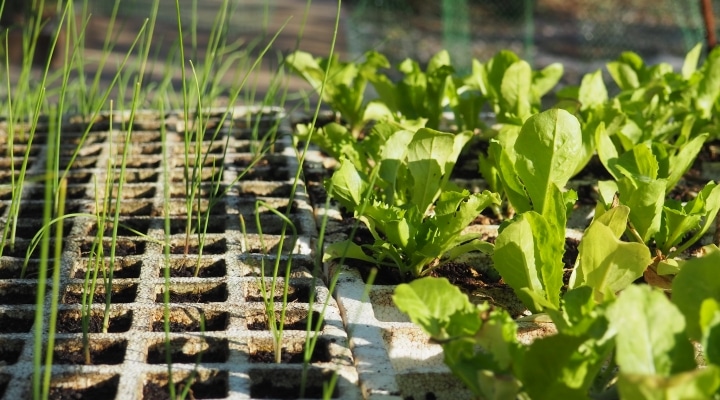 While urban agriculture can play a role in supporting food supply chains for many major American cities — contributing to food diversity, sustainability and localizing food systems — it is unrealistic to expect rooftop gardens, community plots and the like to provide the majority of nutrition for the population of a metropolis. (photo by Teresa Grau Ros, creative commons/flickr.com)

UNIVERSITY PARK, Pa. — While urban agriculture can play a role in supporting food supply chains for many major American cities — contributing to food diversity, sustainability and localizing food systems — it is unrealistic to expect rooftop gardens, community plots and the like to provide the majority of nutrition for the population of a metropolis.

That’s the conclusion of a team of researchers who analyzed the nutritional needs of the population of Chicago and calculated how much food could be produced in the city by maximizing urban agriculture, and how much crop land would be needed adjacent to the city to grow the rest. The study was the first to evaluate land required to meet food demand while accounting for a range of nutritional needs instead of only calories or quantities.

“There is a tremendous enthusiasm around the country for localized food systems and urban agriculture,” said lead researcher Christine Costello, assistant professor of agricultural and biological engineering, College of Agricultural Sciences, Penn State. “We wanted to determine how much nutrition urban agriculture really can contribute — to find out what’s feasible — as well as how much land is required to meet the population’s needs.”

Now, with the COVID-19 pandemic exposing weaknesses in food supply chains, the focus on localizing food systems has sharpened, especially in and around big cities. Answering questions about how much food urban agriculture actually can contribute is more important than ever, Costello pointed out. For example, a recent study found that 30% of Boston’s fruit and vegetable demand could be met in Boston through soil-based and rooftop urban agriculture.

With growing populations and affluence, urban food demand will increase, which presents considerable challenges to achieving economic, environmental and social sustainability, Costello noted. At the same time, more people are living in urban environments. In 2018 in the U.S., 82% of the population lived in urban areas, with an anticipated increase to 89% by 2050.

“Urban agriculture is attractive because it utilizes land or rooftops not currently used for food production and could increase habitat and biodiversity, enhance stormwater management, and provide fruits and vegetables, resulting in positive nutritional outcomes,” Costello said. “However, fruits and vegetables do not contain sufficient calories, protein or other critical nutrients, such as vitamin B12, to support the full range of human needs.”

Cultivation in soil on a rooftop typically is limited without significant restructuring of the roof, often making it infeasible, Costello explained. For this reason, hydroponic or vertical farming systems may be preferable. Hydroponic systems are best suited to produce leafy greens, such as kale and lettuce, and herbs.

In the study, researchers calculated the land required to meet the needs of Chicago and adjacent communities with and without urban agriculture food production, which they estimated two ways. One used average yields from urban and conventional farming methods; the other used optimization techniques to produce necessary nutrients using the smallest land base possible.

The team estimated the total nutrient requirements of Chicago’s population using the daily food nutrient requirements recommended by the U.S. Department of Agriculture’s Center for Nutrition Policy and Promotion. Twenty-eight nutrients were considered. Foods included in the study were selected based on their current prevalence in the American agricultural system and for their nutritional qualities.

The scientists estimated the amount of land required for each animal-based commodity using a formula based on USDA recommendations and prior research done by Costello. The researchers created linkages between crops and livestock in a model and used national inventory data to estimate both cropland and pastureland utilized for each kilogram — about 2 pounds — of animal food commodity.

The study used satellite data to define land-type availability and incorporated USDA data on yield for conventionally grown crops over a 10-year period. Soil-based urban agricultural yield data for the 2015 and 2016 growing seasons came from the Columbia Center for Urban Agriculture, located in Missouri.

The findings, recently published in Environmental Science and Technology, suggested that it is not possible — using the predominant commodities and common urban agricultural production of today — to meet the nutritional needs of Chicago within a radius under 400 miles, given the cropland and pastureland available, without fortifying foods with vitamin D and supplementing foods with vitamin B12.

With vitamin D fortification, a common U.S. practice, the radius required is reduced to 110-140 miles. With vitamin B12 supplementation, the radius was further reduced to 40-50 miles. The inclusion of urban agriculture reduced the radius by another 6-9 miles and increased the diversity of foods available.

“This work demonstrates the need to include a full list of nutrients when evaluating the feasibility of localizing food systems,” Costello said. “Key nutrient fortification or supplementation may significantly reduce the land area required to meet the nutritional needs of a population.”