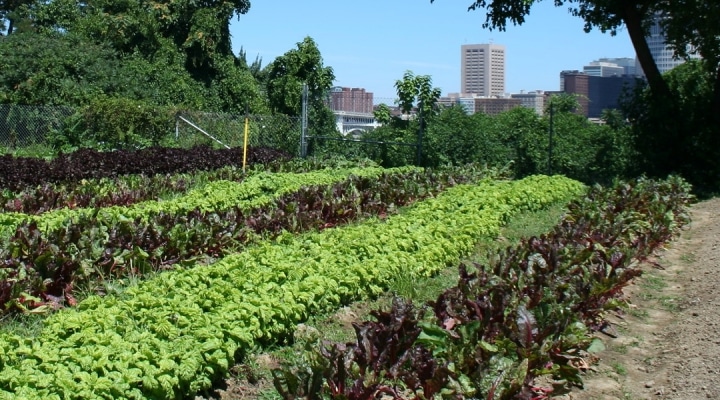 Formerly known as the Virginia Agriculture Summit, the virtual event was hosted by Virginia Cooperative Extension Oct. 12-14 and was open to anyone interested in learning about one of agriculture’s fastest-growing sectors. Participants virtually toured successful urban farms and networked with others who are passionate about creating healthy communities through urban agriculture.

“And we need to know that in meeting this grand challenge, it will not come in the same formats and practices as in the past,” McKinnie said. “It will now engage and involve all spaces in rural and urban America, and all will have an opportunity to engage in expanding food production.”

Washington discussed the history of New York’s community garden movement, and how her journey of urban agriculture led her to question the food system, and challenge its inequities.

“The struggle for healthy food and clean water brings to the surface social and economic disparities we often see in communities of color, and poor folks,” she said, explaining how those communities historically lack access to affordable, nutritious fresh foods.

Washington said positive change comes from shifting power back into the hands of the community.

“To grow your own food gives you power,” she said. “You know why you grew it—for yourself, your family and your community.”

The summit was sponsored in part by Virginia Farm Bureau Federation. Elijah Griles, commodity specialist with VFBF agriculture, development and innovation, said the conversations throughout the summit were productive.

“Karen focused on the connection between urban agriculture and empowerment—how growing food is a way of strengthening and cultivating the community,” Griles said. “This is historically prevalent in rural locales, and it is exciting that there are fresh voices promoting this in urban agriculture now.”