Home » Uptick seen in rare virus in some US states 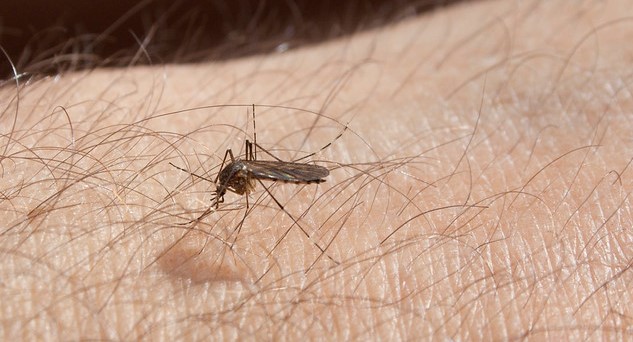 The uptick in EEE cases has prompted health warnings in some places and even calls to cancel outdoor events scheduled for dusk — when mosquitoes are most active. Precautions include using mosquito repellent and wearing long sleeved shirts and long pants outdoors. (Jim Stauffer, Flickr/Creative Commons)

NEW YORK (AP) — The number of U.S. deaths and illnesses from a rare mosquito-borne virus are higher than usual this year, health officials report.

Eastern equine encephalitis has been diagnosed in 21 people in six states, and five people have died. The infection is only being seen in certain counties within a small number of states.

The U.S. each year has seen seven illnesses and three deaths, on average.

It’s not clear why numbers are up this year, but for some reason cases seem to spike once every several years, Dr. Mark Fischer, an expert at the U.S. Centers for Disease Control and Prevention, said Wednesday.

Most infections occur in the summer, so health officials do not think it will get much worse.

In Rhode Island, there are three cases, including one death. “This is an extremely unusual year,” said Al Gettman, head of the state’s mosquito control program.

The other deaths were in Massachusetts and Michigan.

Catherine Brown, who tracks diseases for Massachusetts, said she thinks introduction of a new strain of the virus may be a factor in that state this year.

The virus is spread to people through mosquitoes that mostly feed on infected birds but sometimes bite humans. Few people who are infected get sick but those who do can develop a dangerous infection of the brain, spinal cord or surrounding tissues.

Cases are generally confined to New England and states along the Gulf of Mexico or Great Lakes, usually in or near swamps.

The uptick in cases has prompted health warnings in some places and even calls to cancel outdoor events scheduled for dusk — when mosquitoes are most active. Precautions include using mosquito repellent and wearing long sleeved shirts and long pants outdoors.

Scientists first recognized eastern equine encephalitis as a horse disease in Massachusetts. There’s a vaccine for horses, but not people.

It’s not considered as large a concern as West Nile virus, which also is spread by mosquitoes, and is seen in most states. Nearly 500 West Nile illnesses, including 21 deaths, have been reported to CDC so far this year.