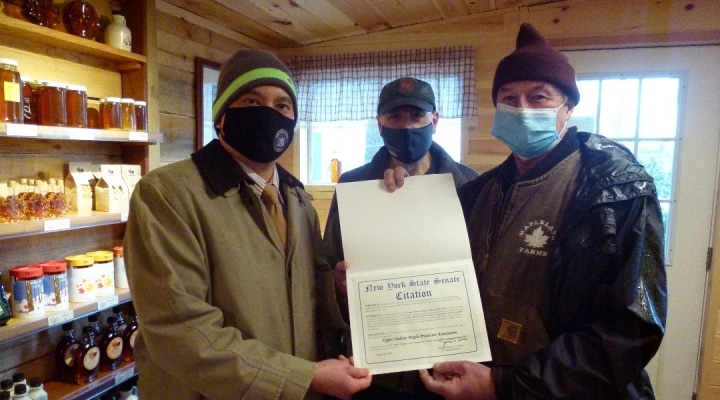 MALTA, N.Y. — Everywhere you look in New York’s Upper Hudson Region, sap is flowing: from the remote dirt roads in Columbia County to the maples with a view of Prospect Mountain and everywhere in between! In the center of the region, in Saratoga County, in the shadow of the Northway, you’ll find Sugar Oak Farms, home to father and son Erich and Paul Ruger who have been collecting sap on a little more than an acre for the last 15 years. 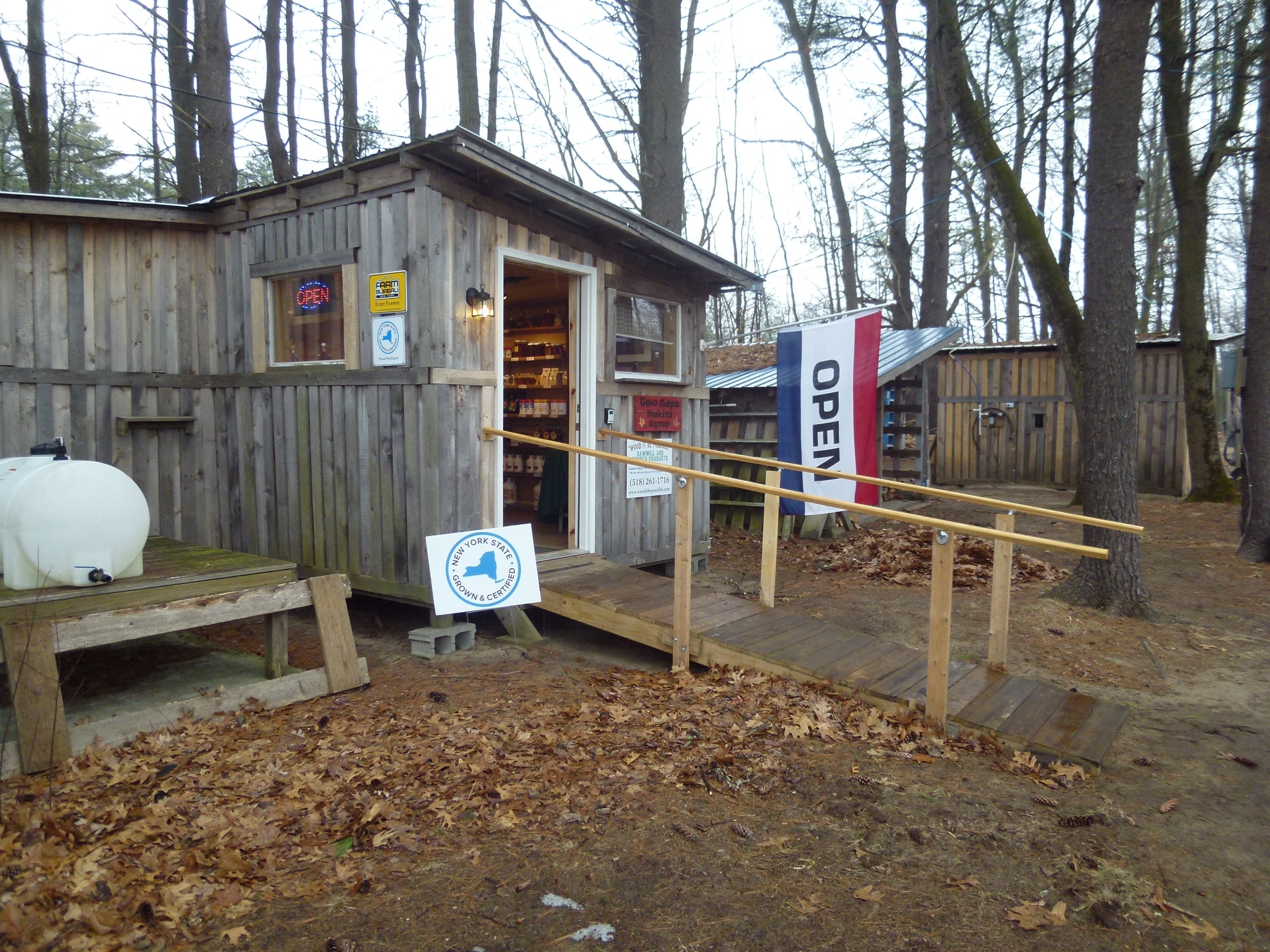 Erich said, “It all started when my wife brought home information about backyard sugaring. Then we got a pan and started boiling in there, and now we just built a new sugarhouse.” The sugarhouse was built with reclaimed lumber from an acquaintance of Erich‘s, who offered up the lumber if they were interested in it. The Rugers took it, and Erich proudly detailed how they used reclaimed windows and doors for the project – even using an old door for a shelf!

The reclamation continued inside the sugar house, where the Rugers’ showed off their prized evaporator with its original copper pan. Copper is much more expensive than stainless, which is used most often today even though copper is a better conductor, which improves the process of boiling the sap. 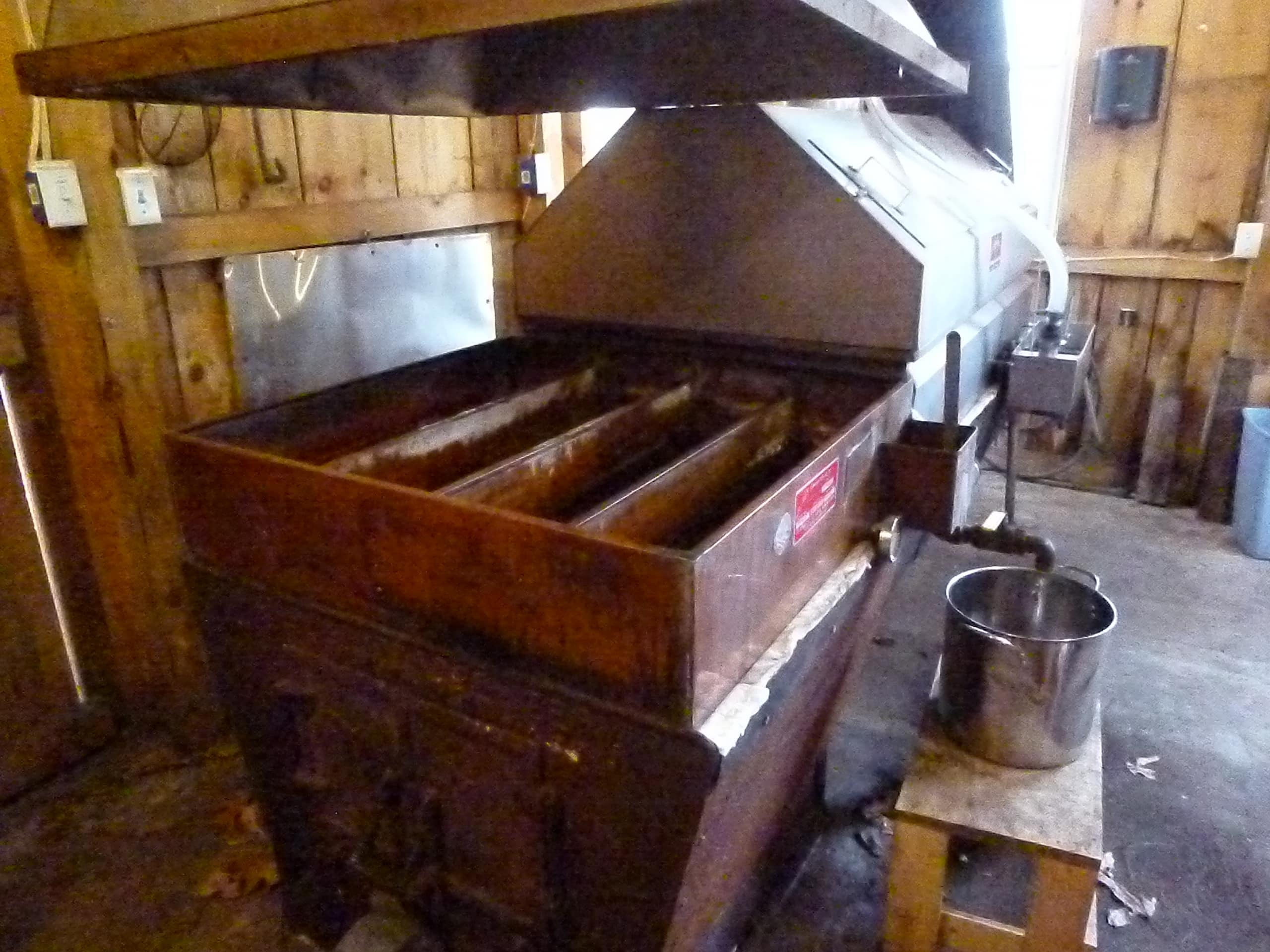 The Rugers played host to other sugarmakers for the Association’s annual tapping, which was held on Thursday March 18. The Association was honored to welcome Rayan Aguam, Director of Community Relations for Senator Jim Tedisco. Aguam did the tapping and presented Association President David Campbell of Mapleland Farms with a Citation on behalf of Senator Tedisco, recognizing the Association’s “success and prosperity while providing a valuable service to our citizenry, improving their welfare and quality of life.”

Aguam said this was not his first maple tapping, but it was his warmest since he had attended a few in the past that were freezing cold.

For more information about Spring into Maple in the Upper Hudson region including participating producers, visit upperhudsonmaple.com.

The Upper Hudson Maple Producers Association is a trade organization representing over 60 maple producers, including sugaring operations ranging from less than 100 taps to over 10,000. The group works together to raise consumer awareness of pure maple syrup made in the Upper Hudson Region – Columbia, Fulton, Hamilton, Montgomery, Rensselaer, Saratoga, Warren, and Washington counties.

What is up with rotating sheep?