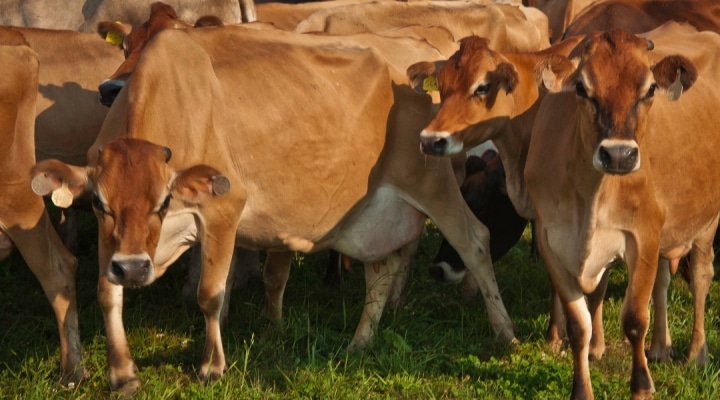 REYNOLDSBURG, Ohio — The American Jersey Cattle Association’s comprehensive mating program, JerseyMate, recently had three major updates incorporated. The program now accounts for the risk of a JNS (Jersey Neuropathy and Splayed Forelimbs) mating; incorporates both genomic and pedigree inbreeding levels; and has added a minimum constraint to indicate the minimum number of units to be used from the breeder’s semen inventory when selecting bulls to use.

With the discovery of the undesirable genetic factor JNS in 2020, updates were made to eliminate matings of designated JNS carrier bulls to designated JNS carrier females. In addition, JerseyMate now discounts the potential matings by accounting for the probability of a lost calf when two copies of the JNS haplotype are inherited. The economic impact of a lost heifer is estimated to be $225. For example, if JerseyMate estimates the risk of an affected calf to be 20% then a $45 penalty is assesed in the mating index value.

JerseyMate has always factored in the extended pedigree to its algorithm. It was one of the first to incorporate inbreeding calculations when making mating recommendations. In the latest version of JerseyMate, the Genomic Inbreeding of potential calves is now being used when both the sire and dam are genotyped. With the second modification, the impact of inbreeding on the PTAs of genetic evaluations of the parents is removed before matings are made. The inbreeding of the potential calf rather than an estimate of the population is used allowing the Parent Average of the resulting calves to reflect the impact of inbreeding.

The program also shows flexibility in many ways. One of the latest improvements is the ability to set both maximums and minimums for usage, helping to manage semen inventory on the farm.

Since 1986, JerseyMate has been aiding Jersey breeders with mating their Registered Jerseys and maximizing herd profit. The customizable program, available from the American Jersey Cattle Association (AJCA), offers suggestions to assist in improving genetics, production, and functional type for each new generation. Users may choose a set of default sires or import their own bulls to use on individuals. The program is available 24/7 at http://infojersey.usjersey.com and is available free to herds enrolled on the REAP program.

The American Jersey Cattle Association, organized in 1868, compiles and maintains animal identification and performance data on Jersey cattle and provides services that support genetic improvement and greater profitability through increasing the value of and demand for Registered Jersey™ cattle and genetics, and Jersey milk and milk products. For more information on USJersey program and services, call 614/861-3636 or visit the website. 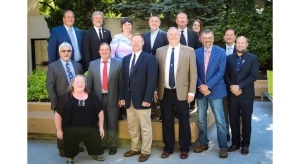 REYNOLDSBURG, Ohio — Officers and directors of the USJersey organizations were elected during the Annual Meetings of the American Jersey Cattle Association (AJCA) and National All-Jersey Inc. (NAJ) held on June 24 and 25, 2022 in Portland, Ore. Alan Chittenden, Schodack Landing, N.Y., was elected to a one-year term as President of AJCA on June […] 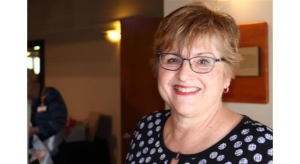 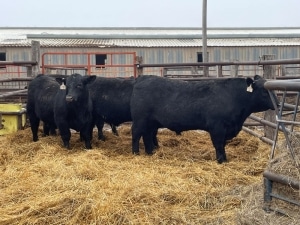 Pork Industry Forum will be a virtual event