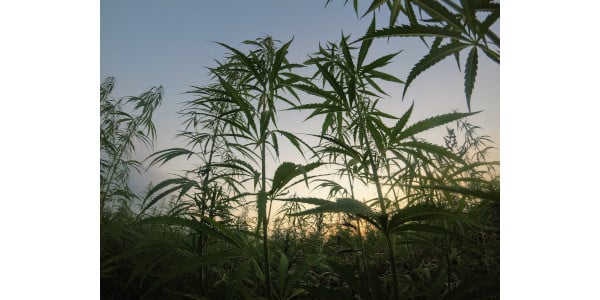 HB 3000 was a broad, encompassing bill that addressed various parts of the cannabis industry - hemp and marijuana. One part of HB 3000 has the intention to bring cannabis growers (hemp and marijuana) who are not following the law and rules into compliance. (Matteo Paganelli/Unsplash)

HB 2284 establishes a hemp commodity commission. From Oregon’s iconic Dungeness crab to picturesque wheat acreage, 23 of Oregon’s agricultural and commercial fishery industries are so committed to improving their commodities and the state’s economy that they assess themselves to support industry efforts. These commodity groups are serious about succeeding. Oregon law makes assessments mandatory for the covered commodity. They are paid primarily by producers at first point of sale.

Commodity commissions receive the assessments and commissioners are responsible for good stewardship of those funds as they decide how to use them. The commissions have have three primary duties – promotion, research, and education about a specific commodity. Commissioners are appointed by the Director of ODA and are generally producers or otherwise have a vested professional interest in and knowledge of the specific commodity they represent. You will be seeing more information this fall about forming the hemp commodity commission.

HB 3000 was a broad, encompassing bill that addressed various parts of the cannabis industry – hemp and marijuana. One part of HB 3000 has the intention to bring cannabis growers (hemp and marijuana) who are not following the law and rules into compliance.

ODA is conducting focused sampling and testing of registered hemp farms in Southern Oregon (Jackson, Josephine, and Douglas counties).  ODA is working with OLCC on this project through an interagency agreement (IAA) that authorizes OLCC staff to work under the ODA Hemp Program.  Through this agreement, OLCC staff have the same authority to be on registered hemp farms as ODA staff.  ODA is using OLCC teams to take samples and conduct the analysis of the hemp.

ODA will be going through at least two rule making processes this year to implement changes from HB 3000. That process involves meeting with a rules advisory committee (RAC) made up of stakeholders invited by ODA to review draft rules before they are put out for general public comment. The RAC meetings are open to the public. However, only invited RAC members can make comment during those meetings. These meetings are held virtually.