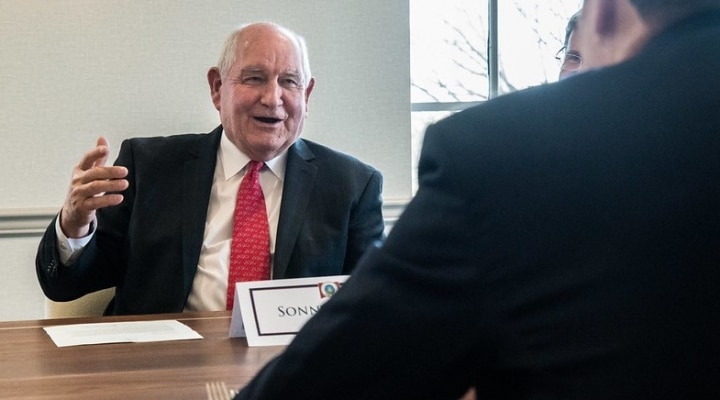 WASHINGTON — The Office of the U.S. Trade Representative (USTR) and the U.S. Department of Agriculture (USDA) today issued a report highlighting the progress made to date in implementing the agricultural provisions in the U.S.-China Phase One Economic and Trade Agreement, which is delivering historic results for American agriculture.

Since the Agreement entered into force, the United States and China have addressed a multitude of structural barriers in China that had been impeding exports of U.S. food and agricultural products. To date, China has implemented at least 50 of the 57 technical commitments under the Phase One Agreement. These structural changes will benefit American farmers for decades to come. China also has substantially ramped up its purchases of U.S. agricultural products. To date, China has purchased over $23 billion in agricultural products, approximately 71% of its target under the Phase One Agreement. Highlights outlined in the report include:

In addition to these products, USDA expects 2020 sales to China to hit record or near-record levels for numerous other U.S. agricultural products including pet food, alfalfa hay, pecans, peanuts, and prepared foods.

“This China Phase One Agreement is proof President Trump’s negotiating strategy is working. While it took China a long time to realize President Trump was serious, this deal is a huge success for the entire economy. This agreement finally levels the playing field for U.S. agriculture and is a bonanza for America’s farmers, ranchers, and producers,” said U.S. Secretary of Agriculture Sonny Perdue. “Being able to participate in this market in a more fair and equitable way has generated more sales that are supporting higher prices and strengthening the rural economy.”

“President Trump delivered on his promise to confront China’s unfair trade practices and expand market opportunities for U.S. agriculture through the Phase One Agreement. Since the Agreement entered into force eight months ago, we have seen remarkable improvements in our agricultural trade relationship with China, which will benefit our farmers and ranchers for years to come,” said U.S. Trade Representative Robert Lighthizer.

USTR and USDA continue to work closely with the Chinese government to ensure that the Phase One Agreement is fully and properly implemented, so that access for U.S. food and agricultural products into the Chinese market can continue to expand moving forward.

For more information, please read the Interim Report on the Economic and Trade Agreement between the U.S. and China (PDF, 1.3 MB).

Veggie burgers are still burgers, at least in Europe

Fourth round of the Farmers to Families Food Box Program