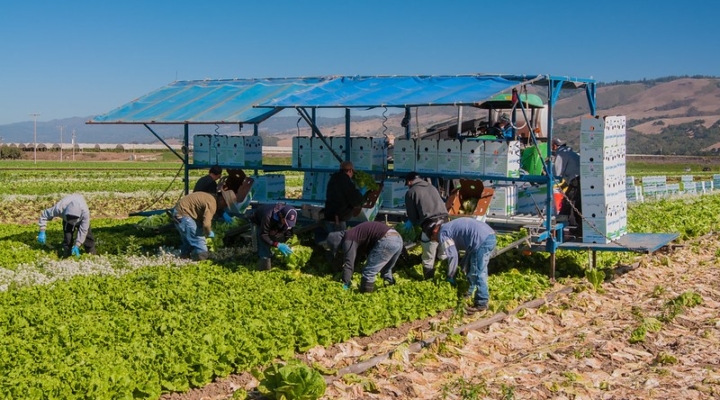 Researchers with the UofA Cooperative Extension are moving forward with a multiyear study of the environment and growing practices in the "winter vegetable capital." (U.S. Department of Agriculture, Public Domain)

YUMA, Ariz. (AP) — University of Arizona scientists are hoping to find more answers about what caused a romaine lettuce outbreak that sickened dozens and put the spotlight on Yuma farmers last year.

Researchers with the UofA Cooperative Extension are moving forward with a multiyear study of the environment and growing practices in the “winter vegetable capital,” the university announced last week.

They will be partnering with the U.S. Food and Drug Administration, state agriculture officials and local growers.

“It’s really rare to see a project like this, to see all three entities working together to solve a problem,” Channah Rock, an environmental science professor with the UofA Cooperative Extension, told The Associated Press.

Seven to 10 scientists will be based in Yuma and collect data year-round. They will gather samples of water, sediment and wildlife feces, Rock said. The study is expected to last one to three years.

One of the goals is to come back with recommendations for growers or anyone along the production chain, and perhaps inform future practices, Rock said.

“The goal is to look at trends over time to tell us a better story about what is and isn’t going on in the environment,” she said.

The Centers for Disease Control and Prevention found the spring 2018 outbreak was responsible for five deaths and made 200 others ill.

Health officials ultimately traced the romaine lettuce back to Yuma.

FDA investigators said water samples from an irrigation canal in eastern Yuma County tested positive for the same genetic type of E. coli. And a cattle feedlot in the area was identified as a potential source of harmful bacteria.

However, nothing definitive turned up at 22 farm fields, and subsequent testing didn’t find the outbreak pathogen again in the canal.

The FDA and CDC’s assessments were only a snapshot of a few months, Rock said. The scientists hope with more time, they can shed light on how the water became contaminated to begin with.

Produce growers in Arizona and California have since adopted new standards based on the information gleaned from the FDA, including additional water quality testing, increased attention to weather and longer distances from feedlot operations.

No evidence COVID-19 is transmitted through food
April 1, 2020