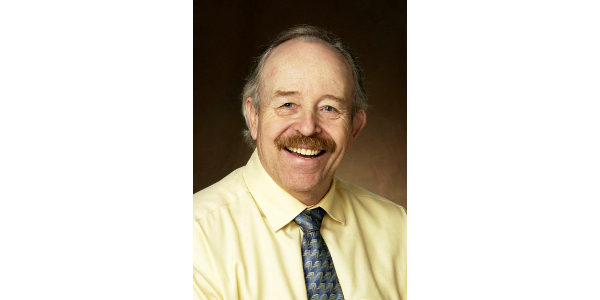 FARGO, N.D. — Today, we are in the middle of an agricultural downturn.

Just a few years ago, the production agriculture sector was booming, along with most input suppliers. Now, net farm income has fallen 81 percent and the near-term prospects are not positive.

Production agriculture has been through this phenomenon many times in the past, and each cycle brings hope that we have learned from our mistakes of the past.

The first step in understanding this is to ask the question: Why does this occur and what may be the recurring reason?

Each time, prices increased rapidly as demand increased, but within a few years, producers responded by increasing supply enough to push prices back to pre-event levels, beginning a period of low incomes and financial stress.

The reasons are many, but I am going to explain the role of technology in this phenomenon.

First, an individual farmer knows that his action will have no impact on the markets. Farmers can produce and sell as much as they desire with no impact on prices. A producer’s logical response to a market event is to maximize production to maximize income by incorporating all of the new available technology that has been developed.

This is shown in the representative supply and demand curves for an individual producer. The supply curve, “S,” is almost vertical because the producer cannot change output substantially once a production cycle is started. The demand curve, “D,” is horizontal because the producer can sell as much as he is able to produce at a constant price. His production has no impact on the price level.

When a positive price shock occurs, the producer responds during the next production cycle by increasing production to capture higher prices, knowing that his production will not impact the price level. When supply increases, the price level, “P,” does not change.

In recent price shocks, producers responded during the next few years with increased production (46, 35, 24 and 22 percent, respectively) to capture the short-term increases in demand and prices.

The after-effect comes from the aggregate impact of the agricultural industry sector. In an economist’s terms, the supply, “S,” and demand, “D,” for agricultural commodities at the industry level are very inelastic, which means that small changes in supply have a relatively larger impact on price.

Producers within a production cycle cannot change production (supply). Once an enterprise is started, it has to finish.

The same is true on the demand side. Most commodities are eaten by some biological agent and that agent can consume only so much; that is, demand is inelastic. The shift of the supply curve, due to increased production during the following production cycle, lowers the price that the industry receives. That price decrease lowers the industry’s gross income and, in turn, lowers the farmer’s net income.

The rapid increase in production during a high price period is due to farmer’s use of new technology. This sets off a new cycle of low prices, during which producers cut back and new technology is not used until the next price cycle.

This cycle will continue because human nature does not change. Producers will continue to respond to rising prices with new technology to increase production, which will set in motion the next price cycle.