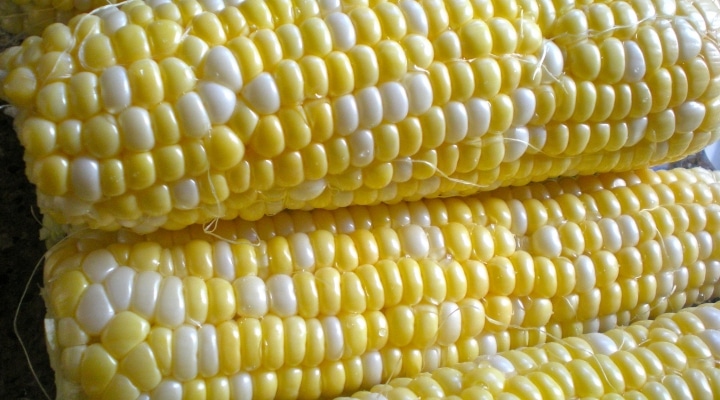 Virginia’s sweet corn harvest typically signifies summer, but some farmers said the season has been slow to start after an unseasonably cool spring. (photo by HA! Designs - Artbyheather, Creative Commons/flickr.com)

SCOTTSBURG, Va. — Virginia’s sweet corn harvest typically signifies summer, but some farmers said the season has been slow to start after an unseasonably cool spring.

Most years, fresh sweet corn can be purchased across the state as early as mid-June. However, due to an April cold spell and mid-May freeze, harvests have been delayed.

“We’re about as south in Virginia as you can get, and we’d normally have corn by June 15,” said Trey Reese of Reese’s Farm Fresh Produce in Halifax County. “Our corn looks good, it’s just that everything will be late because it was so cold early in the season.”

Reese noted that his crop was exposed to freezing temperatures during a mid-April freeze that affected most areas of Virginia. Then a hard freeze on May 10 damaged his corn extensively.

With harvest expected to begin June 26, Reese, like other Virginia farmers, faces a shortened picking season and diminished yield.

“We plant on the same schedule every year, and now that we’re two weeks late starting to pick this year, it’s not going to help us much on the back end,” he said.

At Sunnyside Farms in Cumberland County, Rob French said his harvest also is arriving late due to cold weather. But even with the added hurdle of a rain surplus in June, French said the quality of his corn appears to be “really, really good.”

French expects Sunnyside’s farm stands in Farmville and Buckingham, Cumberland and Powhatan counties to be stocked with sweet corn soon after harvest begins at the end of June.

He plans to meet his annual goal of collecting corn before the Fourth of July, but Vaughan said his overall harvest will be affected by spring’s cold temperatures. While his Sweet Ice crop planted in late March survived the cold, other early planted varieties didn’t fare as well.

“There’s going to be a sweet corn shortage in the beginning of the season,” Vaughan said.

Share your farm's adaptations to COVID-19, enter to win $200

Mysterious seed packets may be connected to e-commerce scam
August 6, 2020