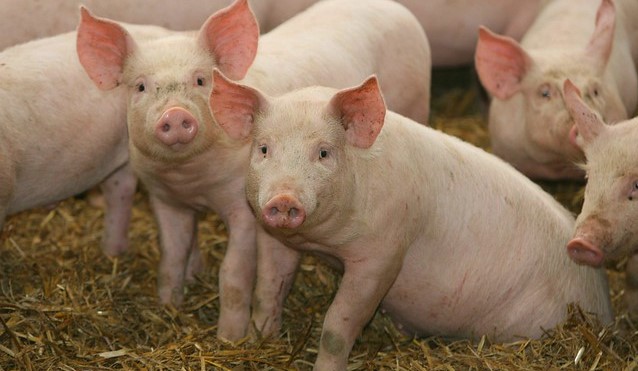 Agriculture Secretary William Dar said the Bureau of Animal Industry has been carrying out laboratory tests on blood samples of affected pigs and arranging similar tests in foreign labs to identify the disease. (K-State Research and Extension, Flickr/Creative Commons)

MANILA, Philippines (AP) — The Philippine agriculture chief said Monday that an unspecified number of pigs has died or been culled in backyard farms in recent weeks and a crisis team has been established to try to contain the still-unidentified disease causing the swine deaths.

Agriculture Secretary William Dar said the Bureau of Animal Industry has been carrying out laboratory tests on blood samples of affected pigs and arranging similar tests in foreign labs to identify the disease after an increase in pig deaths. Dar couldn’t immediately say if the cause was the contagious African swine fever that has led to the deaths and culling of millions of pigs in Asia.

“What we can say is that those suspected to have the disease are being culled, removed, buried and the place is disinfected,” Dar told a news conference when asked to detail the scale of the swine deaths.

Dar refused to identify the affected area or province and disclose the number of pig deaths while containment efforts were underway. The results of the lab tests and other details would eventually be disclosed to the public, he said.

A recent increase in deaths of pigs raised by farmers in backyard farms and pens was reported to him on Friday, Dar said, adding that it prompted increased monitoring and stricter quarantine screening in airports and seaports nationwide.

“We assure the animal industry stakeholders and the public that we are on top of the situation and we are doing everything possible,” he said.

Nearly 5 million pigs have died or been culled in Asia due to the spread of the African swine fever, a contagious viral disease that afflicts domestic and wild pigs and was detected a year ago in the Asian region, according to the U.N. Food and Agricultural Organization, or FAO.

African swine fever is harmless to people but fatal and highly contagious for pigs, with no known cure, causing severe losses in the swine industry. The disease has been reported in China, Vietnam, Mongolia, Cambodia, Laos and North Korea.

The FAO says latest data indicates current losses represent more than 10 percent of the total swine population in each of hard-hit China, Vietnam and Mongolia.

Some experts have said the spread of the swine fever is the largest known animal disease outbreak in history.

A farmer’s advice for a successful cover crop