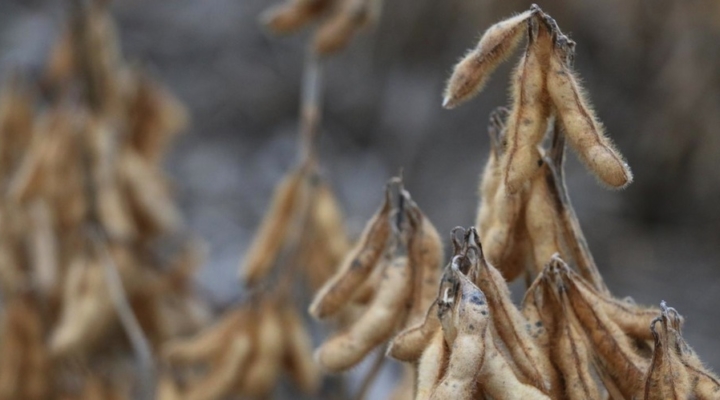 Weed and pest pressure are high, so chemical inputs will be required and bundled with environmental stewardship training. (Debra Levey Larson)

URBANA, Ill. — Growing commercial soybean in developing countries comes with a set of unique challenges. Pests and weeds are more difficult to control than on farms in the United States, and using chemical inputs is often unfamiliar to farmers. University of Illinois agricultural economist Peter Goldsmith says when they decide to grow commercial crops like soybean, it will likely raise their profits and ability to pay a higher wage to workers, but may require a major shift in thinking in relation to crop production and management.

“Convincing farmers in developing countries to grow soybean as a commercial crop involves a change in how they farm,” says Goldsmith. “It will be different than what they’re used to. It may require new equipment and training. Farmers who have been growing native staples like cow peas for generations have tacit knowledge about the seed, how to store it or where to buy it locally next year, the best row spacing, and other production details.

“With soybean, a new introduction, the best seed sources are certified. Reliable seed suppliers store seed well, can better assure high germination rates, and reflect varietal improvement, local adaptation, disease resistance, and high yield. But unlike cowpea, high quality soybean seed suppliers are commercial, not necessarily a farmer’s usual local source in the next village or from their own saved stores. Production practices to maximize soybean yield and profitability in the tropics requires fertilization and pest management, which involves commercial purchases and application of chemical fertilizers and pesticides.”

Goldsmith recognizes there are some people who would prefer that fewer or no chemicals be used. But there is also the reality that growing productive commercial crops to raise the income level for farmers in developing countries requires chemical inputs to be economically sustainable. He asks, can we do it in balanced, smart way?

“To me, the traditional low-input scenario in northern Ghana is unacceptable,” Goldsmith says. “Asking farmers to grow soy without inputs is like giving them a tractor with three wheels or a pump with no handle. The outcome is going to be bad. Farmers will get frustrated, produce one crop and then stop. It’s a waste of donor dollars.”

Goldsmith says his findings from the three scenarios aren’t pessimistic about soybean catching on in developing countries. Rather, it is a caution to be realistic and appropriately investing in these programs.

“Just today I got a call from a company in Ethiopia that wants to produce edible soy,” Goldsmith says. “I get a lot of calls like that one. Industry demand for soybean as either a food, food oil, or animal feed is great and they want farmers to grow the crop. Prices reflect the strong regional demand. For example, we analyze soybean prices in Ghana. The prices in Northern and Central Ghana, inland, are on average comparable to soybean prices in Chicago (about 4 percent less).”

Goldsmith identifies some of the changes that need to be addressed when shifting from growing native staples such as cowpea to successful and sustainable soybean production in developing countries:

He adds, “If changes like these can be implemented, commercial crops like soybean offer remarkable new opportunities for poverty reduction, nutrition improvement, rural economic development, but there is a tradeoff. They will require changes to the norms of traditional agricultural production.”

—University of Illinois
College of Agriculture, Consumer and Environmental Science
via EurekAlert!

Planning is key during disasters