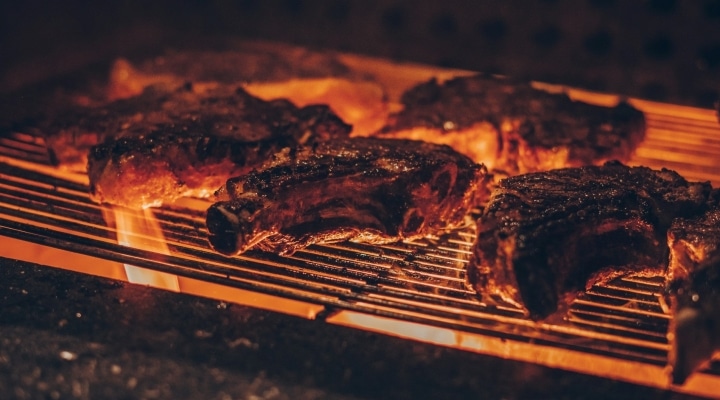 “It's no coincidence that the Toennies slaughterhouse has become the next hotspot of coronavirus infections,” said Freddy Adjan, the deputy chairman of the NGG union that represents workers in the food and drinks industry.

BERLIN (AP) — A German labor union called Thursday for an end to the practice of using subcontractors in Germany’s meat industry, after a fresh outbreak of COVID-19 sickened hundreds at one of the country’s biggest slaughterhouses.

Authorities in the western region of Guetersloh said Wednesday that at least 657 people at the Toennies Group plant in Rheda-Wiedenbrueck had tested positive for the virus.

“It’s no coincidence that the Toennies slaughterhouse has become the next hotspot of coronavirus infections,” said Freddy Adjan, the deputy chairman of the NGG union that represents workers in the food and drinks industry.

Following a series of earlier coronavirus clusters at abattoirs, the German government pledged to crack down on the practice of subcontracting by the end of the year, though some lawmakers have warned this could result in jobs being moved abroad.

“This sick system needs to finally end,” Adjan said. “The government’s decision that includes a ban on contract work needs to be fully implemented in the legislative process.”

Toennies has said the outbreak could be linked to recent travel by workers, especially from Eastern Europe, after borders started to reopen.

But experts questioned whether such a large outbreak — resulting in more cases than the entire country normally reports in a day — could have been caused by travel alone.

“The working conditions in slaughterhouses doesn’t seem to be very compatible with the currently required hygiene measures,” said Isabella Eckerle, who heads the center for emerging viral diseases at the University of Geneva.

“In my view the large number of (infected) employees indicates an undetected ‘super-spreading event’ in the company that has been going on for some time,” she said.