Home / New Jersey / Uniform drying time for goldenseal to enhance medicinal qualities of forest herb
A new user experience is coming! We'll be asking you to login to your Morning Ag Clips account March 1st to access these new features.
We can't wait to share them with you! Read more here. 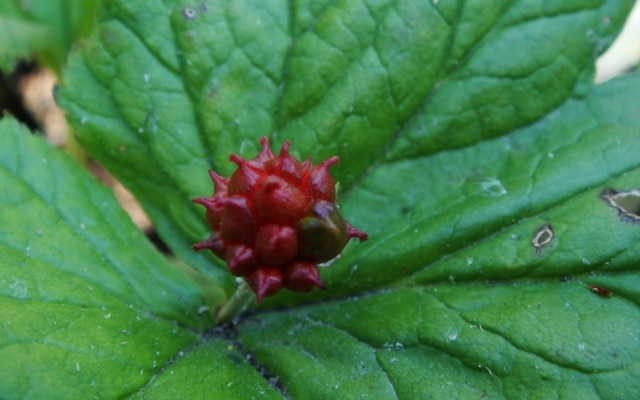 Developing a standardized drying protocol for goldenseal could lead to more predictable health applications and outcomes by preserving the alkaloids found in the plant, which is native to Appalachia, according to Penn State researchers, who conducted a new study of the medicinal forest herb. (photo by sharin, creative commons/flickr.com)

UNIVERSITY PARK, Pa. — Developing a standardized drying protocol for goldenseal could lead to more predictable health applications and outcomes by preserving the alkaloids found in the plant, which is native to Appalachia, according to Penn State researchers, who conducted a new study of the medicinal forest herb.

The roots and rhizomes of goldenseal (Hydrastis canadensis) have been used for hundreds of years as a source of antimicrobials and compounds to treat intestinal ailments, noted study co-author Eric Burkhart, associate teaching professor, ecosystem science and management.

“Three alkaloids — berberine, hydrastine and canadine — are recognized as the major bioactive constituents in goldenseal,” said Burkhart, who also is program director, Appalachian Botany and Ethnobotany, at Shaver’s Creek Environmental Center. “One important postharvest processing step for goldenseal is drying. However, before this study it was not known how drying temperature influences the concentrations of these alkaloids.”

To investigate this question, researchers removed goldenseal samples from three plant colonies within a wild population located in central Pennsylvania. Fourteen “ramets,” or bunches, were harvested from each plot in early April while plants were dormant.

Lead researcher Grady Zuiderveen, a doctoral student in ecosystem science and management, freeze-dried or air-dried goldenseal samples at six temperatures, ranging from 80 to 130 degrees Fahrenheit, to determine the relationship between drying temperature and alkaloid content in the rhizome and roots.

In findings recently published in Hortscience, high performance liquid chromatography analysis showed that berberine and hydrastine levels were unaffected by drying temperature, while canadine levels decreased as temperature increased. On average, the level of canadine dropped by slightly more than half when samples were freeze-dried and fell by nearly a third when dried at 130 F.

While canadine is the least abundant alkaloid of the three, it is known to have key antibacterial properties, Zuiderveen pointed out, so developing a more standardized drying protocol for goldenseal could lead to a more predictable phytochemical profile.

“This work is important because canadine has been found to have significant activity against numerous strains of bacteria, and in previous research it was the only one of the three major alkaloids found to be active against Pseudomonas aeruginosa and Staphylococcus aureus,” he said. “Also, canadine possesses significant antioxidant properties and has been identified as effective at strengthening the immune system.”

From Pips to Peeps