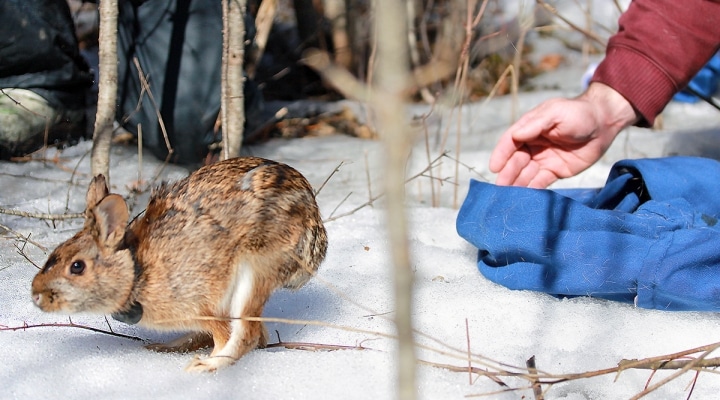 DURHAM, N.H. – Researchers with the New Hampshire Agricultural Experiment Station at the University of New Hampshire have been monitoring an effort to reintroduce New England cottontails raised in captivity into the wild. Using DNA to track the survival and reproduction of the rabbits, the researchers found the reintroduced rabbits survived and bred in the wild over multiple years.

“We learned that captively reared New England cottontails released in the wild bred successfully, as did their wild-born offspring. This led to growth of the population and subsequent dispersal of individuals to a nearby patch about 700 meters away. This is an important measure of success, given the low documented dispersal rates in the wild,” said experiment station researcher Adrienne Kovach, associate professor in the Department of Natural Resources and the Environment.

The New England cottontail is an endangered species in New Hampshire and a high conservation priority species throughout the Northeast. Populations in New Hampshire have declined to very low levels in the past few decades, and it is estimated that there are fewer than 100 cottontails in the state today.

Extensive New England cottontail conservation efforts have been underway for the last decade, including habitat management and restoration, the creation of new habitat, and captive breeding. Because the species has declined to such low levels in the New Hampshire Seacoast region, reintroduction of captively bred rabbits was determined to be necessary to help the population rebound and boost genetic diversity.

Doctoral student Melissa Bauer worked with Kovach to track the outcome of a reintroduction of 42 New England cottontails over five years to the Bellamy River Wildlife Management Area in Dover. She used genetic monitoring to track the survival and reproduction of the released rabbits through analysis of the DNA in fecal pellets. In this way, she was able to determine which founding rabbits released on the site bred successfully and track their genetic contributions through subsequent generations.

Of the original 42 rabbits released, six bred in the wild, along with nine of their offspring, resulting in at least 29 wild-born rabbits. Integrating the genetic data with radiotelemetry data from rabbits collared by New Hampshire Fish & Game biologists Brett Ferry and Heidi Holman, Bauer and her colleagues also determined that only a small percentage of the original rabbits released survived long enough to reproduce, and survival was highest in the year of the initial release.

“The population essentially expanded and maintained itself from the descendants of the initial founders for three years, with re-occurring releases each year, before it declined to a male-biased sex ratio and low numbers. The population increased the following year, with all individuals descended from a single mating pair. A release in the final year of this study lead to individuals surviving long enough to reproduce successfully, maintaining the population size and increasing genetic diversity,” Bauer said.

Researchers released the rabbits in late summer and early fall. Rabbits need to survive through the winter to the next spring to reproduce.  While the survival and reproduction of reintroduced cottontails is an important success, the reintroduction is not yet self-sustaining.

“A single reintroduction was not sufficient to keep this isolated population persisting robustly. In the absence of natural immigration, multiple releases of cottontails are needed to prevent negative consequences of unpredictable events, such as mortality during winter snowstorms. These can lead to population decline, skewed sex ratios, and decreased genetic diversity. For this reason, continued genetic monitoring of this and other reintroduced populations is needed to track long-term success,” Kovach said. “There is a great deal to learn from this effort in order to inform future reintroduction efforts in other parts of the species’ range.”

Conservation managers in the New England Cottontail Conservation Initiative are now applying what was learned through the genetic monitoring of the Bellamy reintroduction to future rabbit releases. They are experimenting with releasing individuals earlier in the year to lessen potential seasonal effects on survival, and releasing individuals distributed throughout the patch to minimize competition with rabbits that have established territories. Managers also are experimenting with releasing rabbits that have lived in three environments: those directly from a zoo, those held for a short acclimation period in an outdoor pen, and those bred in an outdoor pen rather than an indoor zoo facility.

Kovach’s research has focused on developing and applying methods for monitoring New England cottontail, especially using genetic approaches. The tools used in this study were recently developed with support from the NH Agricultural Experiment Station. They include a protocol for surveying sites intensively in the field to be able to detect all rabbits with a high level of certainty and approaches in the lab to identify individual rabbits through their genetic signatures. Her lab also has established approaches for monitoring the species’ occupancy and abundance noninvasively using fecal pellets and determining the ideal conditions for conducting these surveys in winter.

Collaborators include Holman and Ferry, who also is a UNH graduate student in the Department of Natural Resources and the Environment. They are co-authors with first author Bauer and Kovach on the recent publication. Other partners include state and federal biologists and natural resource managers in the Range-wide New England Cottontail Conservation Initiative, Roger Williams Park Zoo, and the Queens Zoo.

This material is based upon work supported by the NH Agricultural Experiment Station, through joint funding of the National Institute of Food and Agriculture, U.S. Department of Agriculture, under award number 1006954, and the state of New Hampshire. 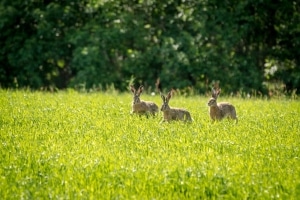 CLEMSON, S.C. — Rabbit Hemorrhagic Disease Virus Type-2 (RHDV2) has been detected for the first time in South Carolina after animal health authorities were alerted to a sudden die-off of feral rabbits at a homestead in Greenville County. The Clemson University Veterinary Diagnostic Center tested the rabbits in Columbia, and the diagnosis was confirmed by […] 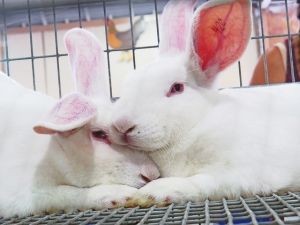 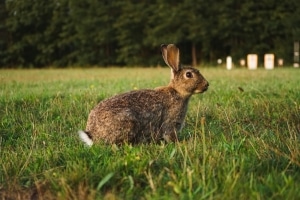 SALEM, Ore. — The Oregon State University (OSU) Veterinary Diagnostic Laboratory has confirmed rabbit hemorrhagic disease virus 2 (RHDV2) in domestic rabbits living in Multnomah County. The case was reported to the Oregon Department of Agriculture (ODA) on July 26 after 7 of 21 rabbits died over a 72-hour period. An ODA district veterinarian investigated, […] 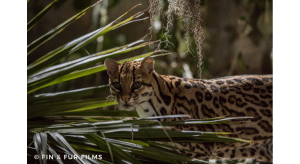 COLLEGE STATION, Texas — Texas A&M AgriLife researchers are investigating the potential for reintroducing wild ocelot populations to areas of the state where the native cat once roamed. A team of collaborators will study the viability of potential actions designed to reestablish a population of ocelots in South Texas to help increase their numbers in […] 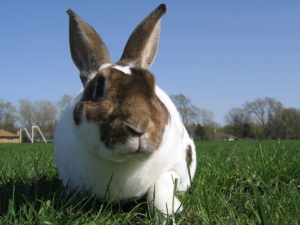 SALEM, Ore. — The USDA Foreign Animal Disease Diagnostic Laboratory has confirmed rabbit hemorrhagic disease (RHD) in a feral domestic rabbit collected in La Pine, Oregon, on April 9, 2021. While the virus is highly contagious among rabbit populations and can spread through contact with infected rabbits, it poses no human health risk. The virus […]