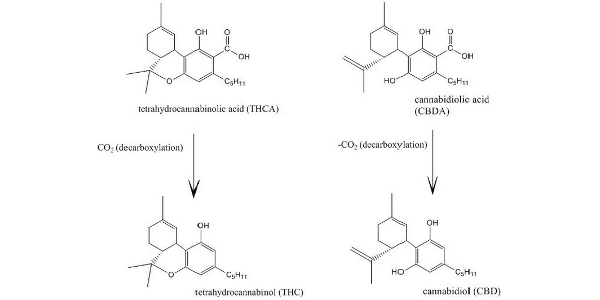 EAST LANSING, Mich. — Industrial hemp (hemp) has recently been legally decoupled from its genetic cousin, marijuana, at the federal level. The legal definition of hemp was spelled out in Section 7606 of the 2014 Farm Bill, “The term ‘industrial hemp’’ means the plant Cannabis sativa L. and any part of such plant, whether growing or not, with a delta-9 tetrahydrocannabinol concentration of not more than 0.3% on a dry weight basis.”

Section 297A under Subtitle G of the 2018 Farm Bill includes similar language, “The term ‘hemp’ means the plant Cannabis sativa L. and any part of that plant, including the seeds thereof and all derivatives, extracts, cannabinoids, isomers, acids, salts and salts of isomers, whether growing or not, with a delta-9 tetrahydrocannabinol concentration of not more than 0.3% on a dry weight basis.”

The 2014 Farm Bill cleared the way for research to be conducted with hemp by institutions of higher education or state departments of agriculture. The 2018 Farm Bill further legalized the commercialization of hemp. The key to working with the crop is ensuring that the concentration of delta-9 tetrahydrocannabinol (THC), the psychoactive chemical found in marijuana in relatively high concentrations, remains below the 0.3% threshold. This seems straightforward with no need to seek interpretation, right?

However, continuing further in Section 297A, we read that ‘‘a procedure for testing, using post-decarboxylation or other similarly reliable methods, delta-9 tetrahydrocannabinol concentration levels of hemp” is required. What is meant by “post-decarboxylation” and why has this been a source of contention among hemp growers and processors?

The hemp plant produces cannabinoids such as THC and cannabidiol (CBD, a non-psychoactive compound that has been shown to have certain therapeutic properties) in hair-like structures called trichomes that are found in the flowers and, to a lesser extent, the leaves. However, very little THC and CBD are found in the plant in its natural state. Instead, the acid form of each (THC-A and CBD-A) is produced, which can then be transformed by the removal of a carboxyl group and the subsequent release of a molecule of carbon dioxide. This process of decarboxylation occurs over time or with heat.

The acid form (THC-A) does not have the psychoactive properties that THC does; however, THC-A can be easily converted to THC. Therefore, in its interim rule for hemp regulation released Oct. 31, 2019, the USDA determined that “total THC concentration” must be measured in order to determine compliance to the law, saying, “The 2018 Farm Bill mandates testing using post-decarboxylation or other similarly reliable methods where the total THC concentration level considers the potential to convert delta-9-tetrahydrocannabinolic acid (THC-A) into THC. Testing methodologies meeting these requirements include those using gas or liquid chromatography with detection. These methods are the industry standard for post-decarboxylation testing.”

There has been some confusion on the part of hemp growers who have had their crop tested by an independent lab and found to be compliant—or so they thought—based on the THC concentration. Depending on the method of analysis used, that may not be correct. The two main methods of testing for cannabinoids are gas chromatography (GC) or high-performance liquid chromatography (HPLC). The former is not able to distinguish between THC-A and THC since it decarboxylates the THC-A during testing, so the value derived from GC would actually be total THC. However, decarboxylation does not occur with HPLC, so separate values for THC-A and THC will be reported. These values must then be used to calculate total THC.

The USDA’s interim rule will be in effect until Nov. 1, 2021. However, as with all proposed federal regulations, a 60-day public comment period is provided when stakeholders may give feedback to the governing body. Originally set to expire Dec. 30, 2019, the public comment period has been extended until Jan. 29, 2020. Concerned stakeholders are invited to submit written comments on the interim final rule and proposed information collection by visiting www.regulations.gov.

Comments may also be submitted by mail to Docket Clerk, Marketing Order and Agreement Division, Specialty Crops Program, AMS, USDA, 1400 Independence Avenue SW, STOP 0237, Washington, DC 20250-0237; or by fax at 202-720-8938. Comments received by Jan. 29, 2020, will be considered before a final rule is issued. All comments should reference the document number, date and page of the FRN.

Is it hemp or marijuana? Scanner gives instant answer
February 11, 2020