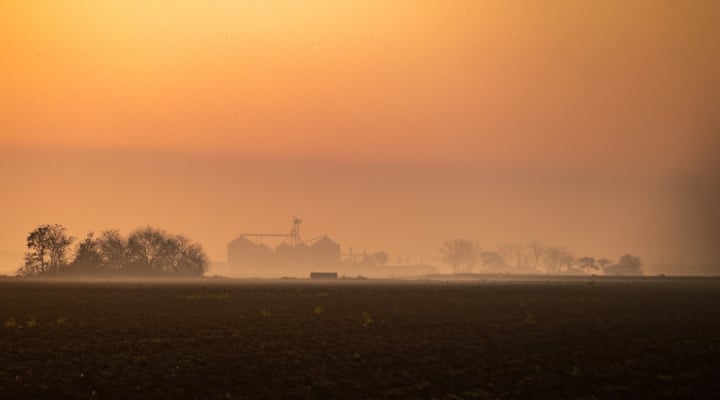 Ukraine is one of the largest exporters of wheat in the world, accounting for around 12 percent of global supply, according the U.S. department of Agriculture. Above: Pyrohiv park in Kyiv, Ukraine. (Stock photo via Corey Leopold, Flickr/Creative Commons)

BEIRUT (AP) — Lebanon has wheat reserves sufficient for one month at the most, with Ukraine accounting for up to 60 percent of the crisis-hit country’s wheat market, the economy minister said on Friday.

Concerns about wheat reflect the rippling effect of Russia’s invasion of Ukraine. The Lebanese government is in talks with other countries like the United States, India and Canada to provide wheat amid concerns of global disruption to wheat supply during the crisis, Amin Salam said.

Ukraine is one of the largest exporters of wheat in the world, accounting for around 12 percent of global supply, according the U.S. department of Agriculture.

Many countries like Lebanon depend heavily on wheat imports to provide subsidized bread to its population.

Only about a month’s worth of wheat can be stored at a time in mills as a result of the August 2020 blast that destroyed the country’s port, shredded its grain silos and killed over 200 people.

And as the country is grapples with its own financial crisis, fears are growing about whether Lebanon can continue to subsidize wheat imports with soaring prices caused by Russia’s invasion.

Lebanon’s economic crisis has left around two thirds of the population of 6 million, including 1 million Syrian refugees, to live in poverty.

“Lebanon’s bank could say that they are completely incapable of continuing subsidies or I give you only a certain amount and anything above we cannot continue,” Salam said.

Salam urged the Lebanese public to not panic by buying bread as supplies will continue for the next month.

“Last week, we signed off on a number of ships that will cover the market for the next month or so. So please do not panic that the bread will be cut off tomorrow.”

Is inflation here to stay?