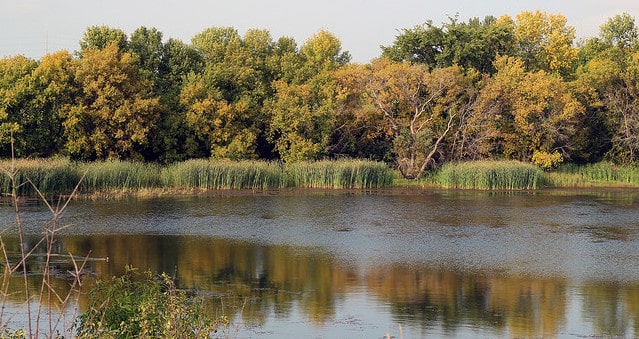 As residents across the state deal with periods of flood-level rainfall, University of Georgia researchers have announced a partnership that will enable them to share flood risk data with other scientists across the U.S. USFWS Midwest Region, Flickr/Creative Commons)

ATHENS, Ga. — As residents across the state deal with periods of flood-level rainfall, University of Georgia researchers have announced a partnership that will enable them to share flood risk data with other scientists across the U.S.

“By partnering with First Street Foundation Flood Lab we can create and share vital data on flood risk that can, among other things, improve homeowners’ understanding of flood risk,” said Craig Landry, an environmental economist with the UGA College of Agricultural and Environmental Sciences (CAES).

UGA is one of several institutions partnering with First Street Foundation Flood Lab, a nonprofit whose previous research estimated a nearly $15.9 billion loss in relative home values in 18 East and Gulf Coast states from the impact of sea level rise between 2005 and 2017. Other institutions working in the partnership include Columbia University, George Mason University, the Massachusetts Institute of Technology, Rhodium Group, Rutgers University, the University of California-Berkeley and the University of Bristol.

The goal of the partnership is to use the data on the site to study and report on the past, present and future financial and economic impacts of flooding in America.

“Our goal is to create a pipeline of peer-reviewed research on the economic impacts of flooding for years to come,” said First Street Foundation representative Brett Lingle.

In addition to Landry, project team members include CAES environmental economist Susana Ferreira and doctoral candidate Dylan Turner in the Department of Agricultural and Applied Economics, and Brian Bledsoe, a professor in the UGA College of Engineering and Director of the Institute for Resilient Infrastructure Systems at UGA.

The UGA team will work on projects to answer questions like “What impact will First Street Foundation’s flood risk data have on home prices, flood insurance take-up and risk mitigation efforts?” and “What effect do different sources of risk information have on flood risk perception, government action, flood insurance take-up and flood hazard mitigation?”

In the first study, researchers will evaluate the impact that detailed flood risk information from the First Street Foundation Flood Model has on home prices in high-risk zones, the purchase of flood insurance policies and community-level risk mitigation actions.

The latter study will focus on understanding how communities use different types of flood risk information and how those sources influence their perceptions of flood risk. The research team will use an experimental design, with a regional focus on the Southeast U.S., to assess how different sources of risk information — including the Federal Emergency Management Agency, First Street Foundation, and local partners and universities — influence understanding and trust, which can map into differences in individual and community behavior.

Scientists often have to pay financial institutions and insurance companies for flood risk data, according to Lingle. First Street is sharing its flood risk model, which maps past events and future risks, with these research partners at no charge to allow the public access to data institutional investors use to gauge risk.

Researchers from Johns Hopkins University will use the data to study how big banks may be shifting climate risk to taxpayers and the potentially outsized influence real estate developers may have on Congress when determining the location and scope of seawalls, levees and other adaptation projects built by the U.S. Army Corps of Engineers. University of Pennsylvania scientists will examine the impacts of flood risk on housing and insurance markets and the fiscal impacts of major flood events on municipalities.

Data from the first set of states — including Georgia — were complete in February, with remaining states becoming available as they are completed.

When the data have been collected from the university partners and the First Street Foundation Flood Model is complete, the information will be shared directly with the public through the foundation’s online visualization tool at FloodFactor.com.

The public can currently access the foundation’s tidal flooding and home value data at firststreet.org/flood-factor.

Don’t go without this holiday season

All you have to do is leave your porch light on
September 8, 2021

Nasturtiums–great for the garden and table
September 2, 2021