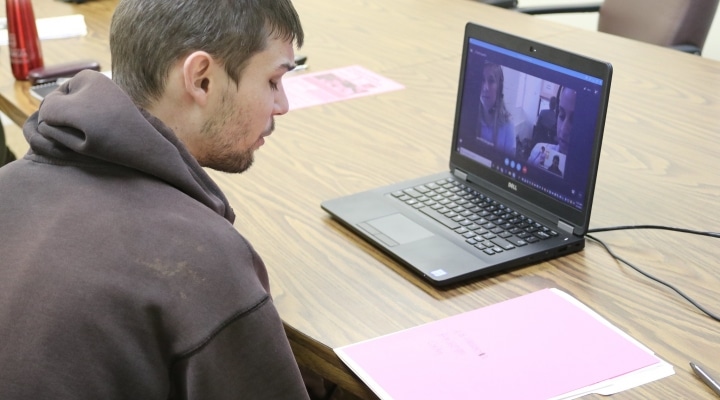 Due to social distancing and shelter-in-place guidelines necessitated by the COVID-19 pandemic, University of Georgia Cooperative Extension agents and specialists quickly shifted gears to deliver in-person programs online. But they didn’t expect the overwhelming response they received from the public. (photo by UGA CAES/Extension, Creative Commons/flickr.com)

ATHENS, Ga. — Due to social distancing and shelter-in-place guidelines necessitated by the COVID-19 pandemic, University of Georgia Cooperative Extension agents and specialists quickly shifted gears to deliver in-person programs online. But they didn’t expect the overwhelming response they received from the public.

In Fayette County, Agriculture and Natural Resources (ANR) Agent Kim Toal and Program Assistant Cynthia McCrary have been offering hour-long programs via Zoom three days per week since March. “To me, it’s been a really great experience. I’ve had people email me saying they have enjoyed the online format because they usually weren’t able to come in person,” said Toal, who previously organized weekly in-person seminars on Tuesdays. “We try to do weekly themes and offer a mix of programming on vegetables, ornamentals, etc. Native plants and pollinators have been really popular.”

The response to online delivery has been much higher than Extension employees originally expected, with an average of 50 people logging in to each online session versus 30 to 35 participants attending weekly face-to-face meetings, according to Toal.

Camden County ANR Agent Jessica Warren has seen a similar jump in numbers. Her Friday “lunch and learn” series has attracted 25 to 60 people each week, double or triple the previous average number of participants. If that many people were to show up in person, they wouldn’t be able to fit in the local Extension office.

“When we started working at home, I thought I wouldn’t hear from anybody, but it’s just the opposite,” Warren said. “It’s also less of a commitment to take a lunch break and learn something online (than to travel to attend in person).”

While UGA Extension was already using digital platforms for professional development and meetings, this has changed the way many agents and specialists will use technology for outward-facing programming.

“In an effort to continue to provide educational content to the citizens of Georgia during the periods of reduced mobility and social interaction, Extension has significantly increased its use of digital learning technologies,” said Mark McCann, assistant dean for Extension in the College of Agricultural and Environmental Sciences. “The most popular method has been through online webinars. This is a platform that UGA Extension has used frequently in the professional development of our faculty and staff over the past several years.”

Already a tight-knit community of colleagues, producing new online content has increased opportunities for collaboration among Extension specialists and agents across the state and beyond.

For a four-week backyard fruits webinar series, Fannin and Gilmer County Agent Ashley Hoppers is collaborating with Josh Fuder in Cherokee County and Ashley Brantley in Muscogee County, as well as colleagues from Auburn University, University of Tennessee, North Carolina State and Auburn University to present sessions on everything from berries to specialty fruits. Hoppers has been amazed at the level of participation — each session has had an average of 300 participants and more than 1,000 people have registered for the sessions.

Faculty have found that online sessions have attracted their “regular” local audiences as well as participants from all over the U.S.

“It has been neat to see who has tuned in and to see this level of engagement. It’s very humbling, actually. I had no idea this program would be embraced like it has,” said Hoppers, who surveyed participants to see where they were tuning in from, including one from Italy.

“It’s been sort of an explosion of interest,” said Michael Czarick. “We’re reaching smaller farmers, a broad and more diverse audience than was held before.”

He and his colleague Brian Fairchild have seen their reach expand to 40 states and 77 countries. Their email list, which they use to announce workshops, has doubled in the number of subscribers through their website, poultryventilation.com.

Extension specialists and agents have shared their expertise about trending topics to employees statewide and answered questions via webinars. Subjects have included specific health information related to COVID-19, working and parenting at home, personal finance, gardening and many others. These resources are available at extension.uga.edu/emergencies.

The webinars have served a public relations role for Extension as well, reaching audiences that were previously unaware of Extension and its many offerings.

“One of the questions in my pre-webinar survey is whether this is your first Extension program and many people said yes. I think it is growing our base in a way that was unanticipated. Through this program alone, having an online presence is engaging with new audiences. They are tuning in and then become interested in finding their own local office,” Hoppers said. “UGA Extension is a statewide entity and we are letting people know that Extension exists in their own home counties and that Extension is here and ready to help regardless of where they are located.”

People aren’t just listening, they’re engaging and following up, too.

“One couple was in New York looking to move to the area,” said Warren, who answers many questions for retirees who move to coastal Camden County as well as for locals. She covers topics including misunderstood species, beekeeping, seed saving, citrus issues and water quality. Composting at home has been the most popular, she says.

“I’ve been surprised how many people actually choose to turn their camera on,” said Warren. “For a lot of people, they like to learn something and do something, but it’s also a time to make connections and even see other people that they know in some cases, especially since we’re not doing a lot of that right now.”

Agents and specialists field dozens of questions during and after the virtual sessions.

“Loads of people are really appreciative of what we are doing,” said Czarick. “We probably get 30 to 50 emails afterward with follow-up questions and feedback, and we answer 50 to 100 questions during the webinar through the chat.”

The overwhelmingly positive response from the public has served as a case study for virtual Extension programming.

“I believe the reception of the recent webinars indicates that our audiences are ready for more content delivered digitally,” said McCann. “The time and distance constraints of our audiences make this a convenient and efficient teaching tool.”

Extension employees and offices are also ramping up their social media presence and reach during this time by posting events, videos and tips. Although many offices were already on these platforms, they have seen more interest and engagement from followers.

“We’re reaching way more people with this online way of doing things,” said Hoppers. “The trade-off is that face-to-face human interaction that is the bread and butter of Extension — having that personal engagement is important — but there is definitely room for technology in our future programming.”

For a list of upcoming Extension programming, visit extension.uga.edu/calendar.

Maria Lameiras contributed to this story.