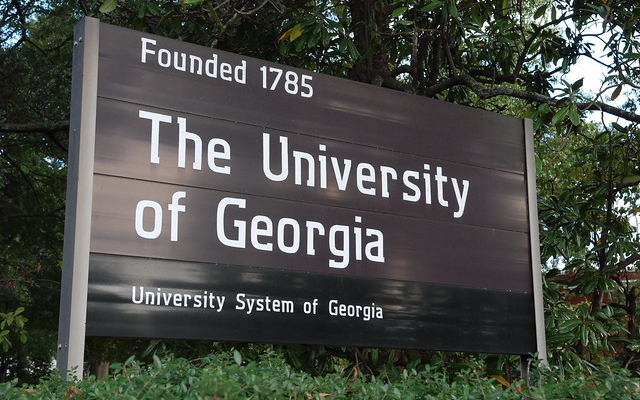 Researchers from three research institutions are using a $3.2 million grant from the U.S. Department of Agriculture to fight whiteflies on vegetable crops. (photo by Josh Hallett, creative commons/flickr.com)

TIFTON, Ga. — Researchers from three research institutions are using a $3.2 million grant from the U.S. Department of Agriculture to fight whiteflies on vegetable crops.

Scientists from the University of Georgia College of Agricultural and Environmental Sciences (CAES), Fort Valley State University and the U.S. Department of Agriculture Agricultural Research Service (USDA-ARS) in Charleston, S.C., will combine their expertise to collaborate on finding short- and long-term solutions to fight the pest.

UGA’s team plans to use an integrated approach to solve Georgia’s whitefly problem in vegetables.

“We have seen significant buildup in the last two to three weeks, mostly in the Tift County and Colquitt County region, but I have had reports of isolated problems outside of the area as well,” said UGA vegetable entomologist Stormy Sparks. “The scientists that are part of this grant are studying all aspects of whitefly biology and management to try to find weaknesses that can be exploited for management.”

Sparks is one of the researchers on the UGA team, which includes entomologists, plant pathologists, virologists, breeders and vegetable specialists.

The scientists will rely on one another’s specialties for the duration of the five-year grant.

“My role involves finding resistance to the whitefly-transmitted virus complex in snap bean germplasm, advancing breeding lines and conducting research to find the genetic basis of resistance,” said Bhabesh Dutta, a UGA Cooperative Extension plant pathologist on the Tifton campus and member of the research team. “We’ll then give that information to the breeder so that they can introgress resistance into elite varieties.”

Whiteflies are responsible for transmitting multiple viruses, including cucurbit leaf crumple virus and cucurbit yellow stunting disorder virus. According to UGA crop loss estimates for fall 2017, these viruses caused between 30% and 50% crop loss in squash and cucumbers and nearly 80% crop loss in snap beans that year.

“This project gives us an opportunity to think long term. It’s not going to be a quick fix. We’ll take baby steps to understand the system, understand the problem, and then try to solve it,” Dutta said.

“We’re trying to look at how these viruses interact with their host, how they interact with their vectors, and how they’re transmitted,” said Srinivasan, who’s based on the UGA Griffin campus. “Once we understand that, it will help us get closer to management.”

The severity, distribution and timing of whiteflies vary from year to year, but they remain a persistent problem for Georgia’s vegetable growers. They are especially problematic in the Tift and Colquitt County region where vegetables are produced year-round.

“It was a devastating event for us in 2017 and we certainly don’t need that again,” said Bill Brim, co-owner of Lewis Taylor Farms in Tifton, Georgia. “We need the university to work real hard on it and, hopefully, we’ll get some more funding next year for it as well.”

Whiteflies built up significant populations as early as May 2017. A warm winter that season did not help diminish the whitefly population. The pest normally becomes a problem in August or September, but the earlier they occur, the worse they become, according to Sparks.

“We cannot successfully manage this pest as simply a pest of fall vegetables. We have to look at the entire cycle and realize that what happens in one area impacts the others,” Sparks said. “Because this pest attacks so many different crops across the agro-ecosystem and cycles from crop to crop throughout the year, we have to understand how it survives and builds in our environment to determine the best strategies for control.”

Where and how whiteflies overwinter leads to populations in spring vegetables. This can have an effect on summer crops, which then impacts fall vegetables.

Following the 2017 epidemic, UGA formed a whitefly team on the Tifton campus. Those researchers are included in this grant project, along with researchers in Griffin, Athens, Fort Valley and Charleston.

“We might be able to fix the problem today, but how do we make sure it’s fixed to where it lasts through next year and the year after — and something even more permanent?” asked Allen Moore, UGA associate dean for research and principal investigator for the grant. “With sufficient resources that the federal government is providing, we ought to be able to do all of that. Rather than take 10 years to come up with something, we’re doing it a lot faster because we’re doing it all at once.”

The grant designates $560,000 to Fort Valley State University with the remaining money divided among the researchers at CAES and UDSA-ARS in Charleston.

Listed are the participating scientists and the areas of whitefly research in which they are involved: