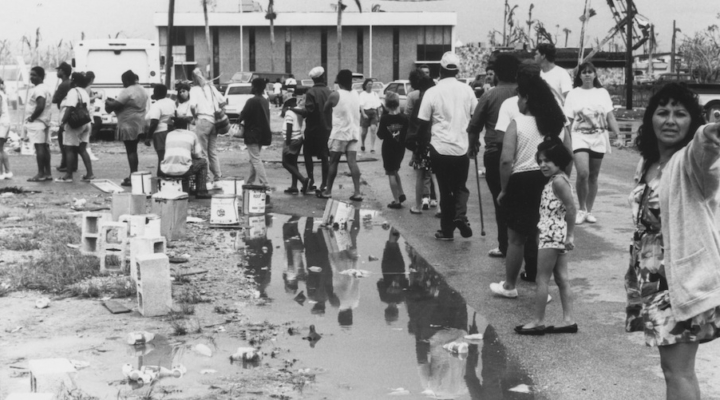 Andrew killed at least 10 people in Miami-Dade County and knocked out power to 1.3 million households, according to a Miami Herald article the day after the storm struck. The eye of the storm – packing 145 mph winds – came ashore near Florida City, about 24 miles south of downtown Miami, at 4:52 a.m. and packed gusts of 175 mph. (© University of Florida/IFAS Photography)

GAINESVILLE, Fla. — As Hurricane Andrew barreled toward South Florida in the wee hours of Aug. 24, 1992, Jonathan Crane gathered his family and headed toward the center of their Homestead house.

High winds blew out some windows at the Crane residence, and the neighbors ended up at their home. Nine people huddled in a hallway. The harrowing experience lasted from 3 a.m. to 10:30 a.m.

Finally, daylight came, and the worst was over. Homes, buildings and stores in Homestead were wiped out, and roads were strewn with fallen trees, telephone poles and debris — impassable. To this day, the 25th anniversary of Andrew, Crane gets emotional reminiscing about the frightening night that tore up his home and much of Homestead, including the UF/IFAS Tropical Research and Education Center (TREC), where he still works as a tropical fruit Extension specialist.

“It’s hard to talk about,” Crane said, as he paused for a moment. “We tried to clean up (at home and at work). You’re just like, ‘wow!’ It took four days to get back to work.”

TREC has changed in many ways since Andrew, said one of Crane’s longtime center colleagues, plant pathology Professor Randy Ploetz.

“Damaged facilities are gone or repaired,” Ploetz said. “Much of the related impacts our research programs suffered during the year following Andrew were a result of time spent repairing homes and personal lives.”

TREC has added several new buildings, greenhouses and shade structures since Andrew, but those additions had nothing to do with picking up the pieces following Andrew, Ploetz said.

The Legislature established what is now known as TREC in 1929, so the facility was already 63 years old when Andrew hit. The hurricane’s path put the Tropical REC right in its bull’s eye. One hundred-seventy-five plus mph winds toppled entire groves of mangos, avocados, papayas and other fruit grown at the Tropical REC. Roofs disappeared from the center’s buildings, so water leaked everywhere, Crane said.

Through TREC, UF/IFAS runs a facility dedicated to research, Extension and teaching in ornamental, vegetable, tropical and subtropical fruit and biofuel crops and natural resources at TREC, housed on a 160-acre site. The agricultural industry served by the center has an annual farm-gate value – what the crops are worth at the farm, just after they’ve been harvested — of more than $800 million. Those crops also have a combined annual impact on the local economy of more than $1 billion.

The storm destroyed wood-frame student housing at the center, so students lived in FEMA trailers for 16 years, said Carolina Vendrame, marketing and communications specialist for the center. The students lived in the trailers until 2008, when the Legislature appropriated money for new housing, in which students still reside today.

By the late 2000s, after a UF/IFAS land sale, $3.3 million went for laboratory space at TREC, Vendrame said. That’s where Crane and other faculty are housed.

Andrew caused more than $3 million in infrastructure damage but much more if you consider the loss or damage to 25 acres of groves, Crane said. Among the devastation: the loss of a $50,000 wind screen, the loss of 5 acres of carambola and damage to nearly all fruit trees.

“Not to mention the years it took to rehabilitate and re-establish these groves,” Crane said. “The field research shifted to learning about how different fruit crops reacted, recovered and survived Hurricane Andrew’s winds.”

Andrew killed at least 10 people in Miami-Dade County and knocked out power to 1.3 million households, according to a Miami Herald article the day after the storm struck. The eye of the storm – packing 145 mph winds – came ashore near Florida City, about 24 miles south of downtown Miami, at 4:52 a.m. and packed gusts of 175 mph. The article described Homestead and Florida City as “much in rubble, fields flooded with creamy, tannish color.”

Ploetz was in East Africa on business when Andrew struck. But he remembers seeing the damage on the news.

“What a shock when I returned to my hotel and saw the damage on TV,” Ploetz said. “Our city manager, Alex Muxo, talked about what a wonderful city Homestead ‘used to be.’”

“It took a day before I was able (through my parents) to determine that my wife and kids were alive,” Ploetz said. “It took two days to get home. Fortunately my family was able to stay with friends in a well-constructed home. My girls slept through the storm, but our home was destroyed.”

The Ploetz family stayed with others on their street, who had a generator, before renting a home in Key Largo. They lived in the Florida Keys for a year while their home was rebuilt. Meanwhile, his research program came to a screeching halt, with his lab running on generated power for awhile.

“It was probably another year before things in the lab were ‘normal,’” Ploetz said. “It was a tough year.”

Another veteran TREC faculty member, horticultural sciences Professor Bruce Schaffer works at the facility with his wife Pamela Moon. Moon volunteered with another biologist, Merlyn Cadallo, to organize and distribute the numerous donations of clothes, supplies and more that people gave to TREC staff.

“It took a few years to totally recover,” said Schaffer. “During the immediate recovery period, FEMA and the U.S. Army were stationed at TREC and were a big help in getting TREC ‘back on its feet.’” 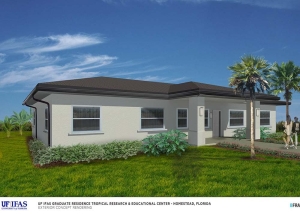 GAINESVILLE, Fla. — On November 5, in the heart of Homestead, the UF/IFAS Tropical Research and Education Center (TREC) will commemorate a milestone with a ceremonial groundbreaking of the first University of Florida building named after a Black scientist. The Pauline O. Lawrence Student Residence will serve as a new graduate student dormitory on the […] 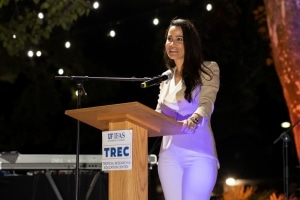 HOMESTEAD, Fla. – Since 1929, the UF/IFAS Tropical Research and Education Center has built a rich history and a world-class reputation for its focused research and Extension programs to protect the stability of a long list of Florida commodities and natural resources. At the core of its history are the scientists and graduate students building […] 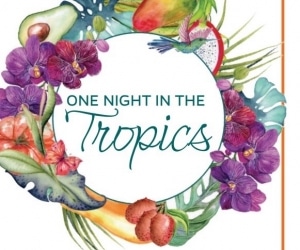 HOMESTEAD, Fla. — For 92 years, University of Florida scientists, faculty, graduate students and staff have collaborated with growers and businesses in South Florida from the grounds of the UF/IFAS Tropical Research and Education Center (UF/IFAS TREC). Cultivating and promoting sustainability of tropical and subtropical fruit crops to traditional and tropical vegetables, tropical ornamental crops, […]