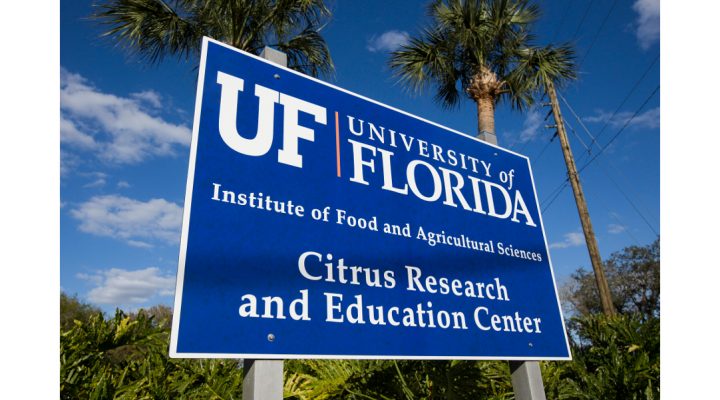 As UF/IFAS celebrates 100 years of the Citrus REC, UF/IFAS Communications plans to communicate regularly about the accomplished past, dynamic present and hopeful future for the Citrus REC. (UF/IFAS Photo)

GAINESVILLE, Fla. — Nearly a century ago, a group of Polk County citrus growers raised about $14,000 to buy land for a research station. Now, the University of Florida Institute of Food and Agricultural Sciences will celebrate the 100th anniversary of the UF/IFAS Citrus Research and Education Center.

In 1917, UF/IFAS established the Citrus REC. Originally, only a few UF/IFAS scientists worked at the Lake Alfred site, then called the Citrus Experiment Station.

Today, the research center employs 250 people and is also home to the scientific research staff of the Florida Department of Citrus. It is the largest facility in the world devoted to a single commodity, citrus.

“The UF/IFAS Citrus REC has a long, proud tradition of outstanding science and outreach, and the faculty there show every day why the quality of work performed for the next 100 years will be as good or better than the first century at the facility,” said Jack Payne, senior vice president for agriculture and natural resources.

Almost two years ago, Michael Rogers, an associate professor of entomology, was named director of the Citrus REC. Like many scientists at the Citrus REC, Rogers focuses his research on the Asian citrus psyllid, the insect that carries the bacterium that causes citrus greening, which is threatening to destroy the state’s $10.7 billion citrus industry.

“Citrus greening is the biggest challenge our industry has ever and probably will ever face,” Rogers said “Through funding support and the direct partnership with Florida citrus growers, researchers at the Citrus REC have made important advances in the fight against greening. From improving our knowledge on how best to control the insect that spreads the disease to improving the health of the diseased trees, our research is being used by growers as they adopt the new production practices that are needed to hang on in the short term.”

“Despite the losses our industry is currently experiencing, it’s exciting to come to work every day at the Citrus REC and see the breakthroughs that are continually being made,” he said. “We’re closer than ever to winning this fight, and with the dedication of growers who won’t give up, I’m confident Florida growers will still be producing the world’s best tasting orange juice when the Citrus REC celebrates its bicentennial.”

Citrus greening disease starves the tree of nutrients and produces fruits that are green and misshapen, which makes them unsuitable for sale as fresh fruit or as juice. About 90 percent of Florida’s citrus industry is for juice. Most infected trees die within a few years. The disease has affected millions of citrus trees in North America and was first detected in Florida in 2005.

Through the years, researchers at the Citrus REC have developed such innovations as frozen concentrate orange juice. They also have demonstrated the use of micro-sprinkler irrigation for freeze protection, bred new citrus rootstocks and scions for the Florida industry and helped increase overall citrus production in the state by making significant advances in citrus fertilization, pest and disease management, Rogers said.

As UF/IFAS celebrates 100 years of the Citrus REC, UF/IFAS Communications plans to communicate regularly about the accomplished past, dynamic present and hopeful future for the Citrus REC.

The news includes research and Extension activities related to solving the deadly citrus greening disease. Scientists in several fields, including plant pathology, entomology, horticultural sciences, microbiology and other sciences are trying to find ways to block the path of greening.

Coverage plans also call for stories from the perspective of growers, changes and innovations in technology to help citrus growers, how scientists use rootstocks to develop healthier trees, how consumers perceive Florida citrus and orange juice, plans for future research and Extension work and faculty hiring. 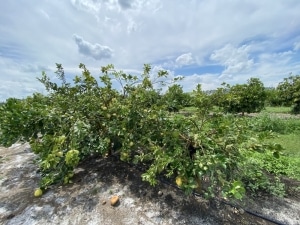 FORT PIERCE, Fla. — Researchers and citrus growers await the first harvest of data on yield and fruit quality from a major citrus trial on Florida’s east coast. The results may reveal which of thousands of trees can tolerate citrus greening, the disease that has devastated the state’s citrus industry. “More than 5,500 trees in […] 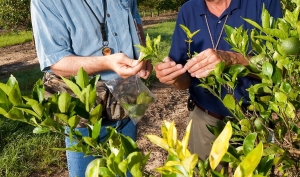 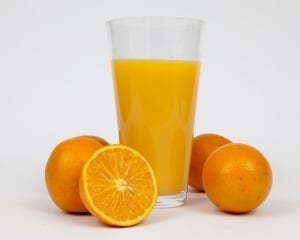