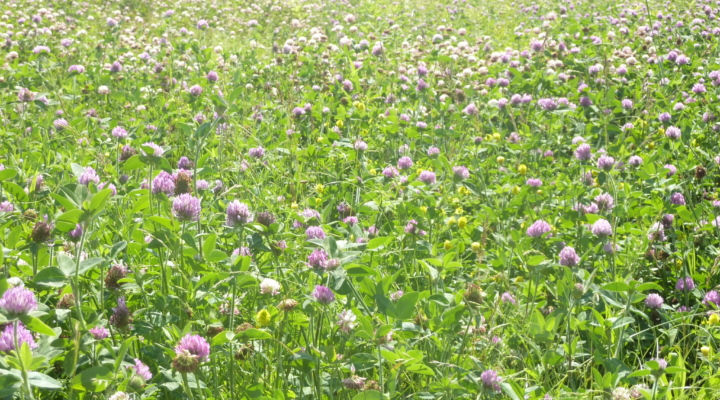 GAINESVILLE, Fla. — A new study from the University of Florida/IFAS shows that planting wildflowers on golf courses not only benefits pollinating insects but also saves time and resources.

“Putting wildflowers on golf courses to help pollinators isn’t a new idea. What is new is demonstrating the direct benefits of flowering plants to golf course managers, in the form of pest management,” said Adam Dale, assistant professor of entomology and the study’s lead author.

This is because wildflowers attract insects that attack common golf course pests, plus wildflowers don’t need the fertilizer, water and mowing that the rest of the course does, Dale said.

Though they offer a lot of vegetated space, past studies have shown that an estimated 40 to 70% of golf course acreage isn’t used by golfers because they tend to play the same portions of a course. Plus, these out-of-play areas are often composed of only turfgrass, which is less attractive to pollinators and other beneficial insects compared to flowering plants. In addition, these turf areas have to be mowed, watered, and fertilized, which is a big time and monetary commitment.

Fortunately, with some simple modification, golf courses have great potential to support pollinators and other beneficial insects, Dale said. If you remove some of the out-of-play turf and replace it with native wildflowers, out-of-play areas no longer require as much maintenance inputs, and they now provide food and living space for a multitude of beneficial insects.

“It’s a win-win for insects and golf course superintendents. Many golfers see them as a plus, too,” Dale said.

In their experiment, Dale and his team established wildflower plots on three golf courses in north central Florida. They then compared the number and diversity of pollinators and other flying beneficial insects in flowering plots with that of control plots containing the course’s out-of-play turf. Each plot was slightly bigger than a standard basketball court.

The researchers monitored beneficial insects in each plot over a six-month period using various trapping methods. One of these methods included nesting structures to encourage pollinators and other beneficial insects to live and reproduce in the area.

As they predicted, wildflower plots increased the number of pollinators and beneficial insects compared with the turf areas. Also, the number of wildflower species in a plot was important – the more the better for native bees and predatory insects. The nesting structures also attracted many insects that prey on plant pests, suggesting that these structures alone have value on golf courses.

These insect predators and parasites are called “natural enemies” because they naturally attack and feed on other insects.

“It was amazing to watch predatory wasps bringing fall armyworm larva back to the nesting area and stuffing them into the nesting cavities. It’s a great example of what we call conservation biological control, which is attracting natural enemies to control pests,” Dale said. Fall armyworm is a major caterpillar pest on golf courses.

The researchers also wanted to see if using wildflowers to attract these natural enemies translated into increased biological control on the golf course. To measure this, they set out cups containing fall armyworms on the golf courses next to the wildflower and turf plots. These cups trapped the caterpillars but allowed flying insect natural enemies to access the caterpillars.

“On average, we found that fall armyworms adjacent to wildflower plots disappeared nearly 50% more frequently, compared to those in our turf control areas. This shows that wildflower habitat, by attracting natural enemies, can help control insect pests on golf courses,” Dale said.

Golf course superintendents who participated in the experiment, as well as others around the state, are interested in creating these types of habitats to save resources and benefit the environment, Dale said, adding that the experiment would not have been possible without their support.

“Wildflowers and other conservation areas on golf courses are also an opportunity to educate the public about the ecological value of golf courses as well as the importance of insect biodiversity, which recent research has shown to be declining around the globe,” Dale said.

One of Dale’s next projects is focusing on conserving monarch butterflies on golf courses.

The study appears in the journal Urban Ecosystems.