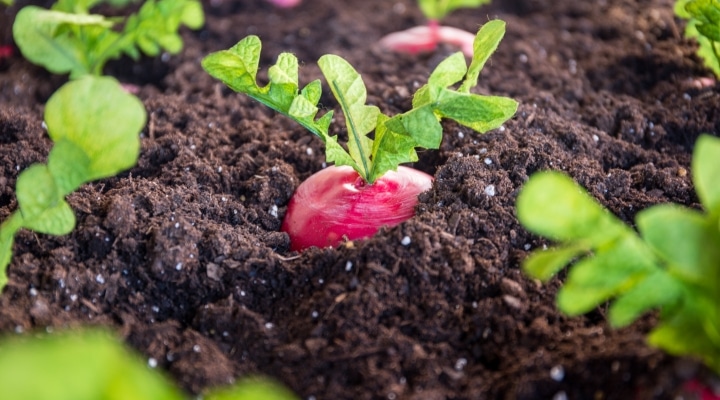 When gets saturated with water, the ground can produce nitrous oxide, a greenhouse gas that depletes the ozone, the that layer protects plants and animals on Earth from harmful ultraviolet light. (photo courtesy, UF/IFAS photography)

GAINESVILLE, Fla. — When soil gets saturated with water, the ground can produce nitrous oxide, a greenhouse gas that depletes the ozone, the that layer protects plants and animals on Earth from harmful ultraviolet light.

Sudden, heavy rains can drench any tropical or subtropical region. Florida’s deluges can waterlog plants and soils. This can damage crops, especially vegetables, because the soil lacks sufficient oxygen. For example, a UF/IFAS report showed losses of about $77 million in the Florida vegetable industry due to Hurricane Irene in 1999.

If an area gets flooded by rain or someone irrigates too much, soil will run out of oxygen, which damages plants and soil microbes. That soil terrestrial life gets oxygen from nitrate, which is converted into a series of compounds – nitrous oxide among them. But applying oxygen fertilizers can minimize nitrous oxide emissions.

Liu, a UF/IFAS associate professor of horticultural sciences, believes he has laid the groundwork to lower nitrous oxide in agricultural soils. In an experiment on a research farm in Gainesville, Liu used fertilizer and water to successfully lower the chemical compound in the soil.

“Minimizing nitrous oxide emissions is imperative to crop producers and those who raise livestock,” Liu said. “Nitrous oxide is the largest ozone-depleting substance emitted through human activities such as farming and is expected to remain the largest throughout the 21st century. The ozone layer helps protect and shield plants, animals and people from excessive ultraviolet light from the sun. Damaging the ozone layer allows more ultraviolet light to reach the earth and jeopardizes crops, livestock husbandry and harms our health.”

For the study, published in the journal Nature: Scientific Reports, Liu and his colleagues put fertilizers with nitrogen into containers of soil – both with and without solid oxygen fertilizers. Then they over-irrigated the soil in the containers, sealed them and used syringes to collect gas samples from the soil.

Then scientists found, calculated and compared the difference in nitrous oxide emissions of the gas samples with and without solid oxygen fertilizers. When they applied fertilizer that contained ammonium on the fields, the fertilizer oxidized into nitrate within two days, he said.

The scientific – and eventually, the practical goal — of Liu’s research is to lower nitrous oxide in fertilizers. Applying oxygen fertilizers doesn’t just minimize nitrous oxide emissions, it also helps flooded crops survive. For now, Liu cautions that his research is not readily applicable on a commercial scale.

“It can be useful across the globe, but we have to do a lot more research before we apply this method universally,” he said.