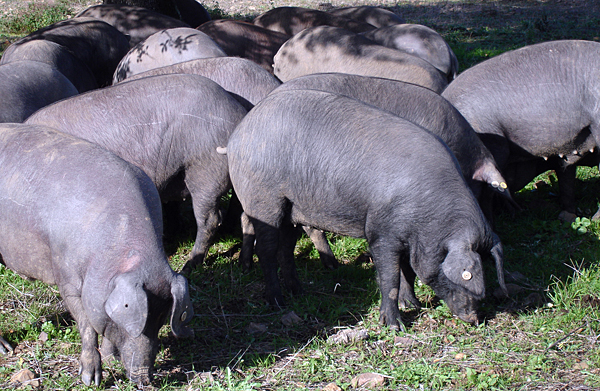 University of Florida researchers will use a $2.7 million National Institutes of Health grant to study whether they can harness an unusual type of immune cell in pigs to treat and prevent influenza viruses in animals and humans. (Wikimedia Commons)

GAINESVILLE, Fla. — University of Florida researchers will use a $2.7 million National Institutes of Health grant to study whether they can harness an unusual type of immune cell in pigs to treat and prevent influenza viruses in animals and humans.

Although “natural killer T” — or NKT cells — are very rare, they can be very powerful and can stimulate immune responses to fight a range of different diseases, including cancer and infections, said John Driver the UF/IFAS assistant professor in animal sciences who received the grant. Scientists hope the research will help better manage a deadly enemy.

“This is important for a number of reasons,” Driver said. “Firstly, influenza causes large economic losses for the pork industry and secondly, swine can mix influenza viruses and can start new strains that sometimes cause human pandemics, which is a global health risk.”

Pigs can contract swine, human and avian influenza viruses, Driver said. Pigs and humans also can transmit viruses to each other, increasing the likelihood of new viruses arising, he said. Transmission between species can cause major pandemics, including the 1918 flu pandemic that killed millions of people worldwide, Driver said.

When a pig gets infected with multiple viruses at the same time, genetic material from different viruses may combine in ways unknown to the human immune system, he said. This can be dangerous because the human system is naïve to the new virus.

Driver and his team have generated good evidence that NKT cells can prevent influenza if they are activated with medicine — or “therapeutically activated” — when pigs are vaccinated against the disease.

As part of the study, researchers hope to see if they can target NKT cells to make influenza vaccines protect against a wider variety of influenza viruses, Driver said. Secondly, scientists will investigate whether activating NKT cells can reduce symptoms and virus transmission in pigs with influenza, he said. In addition, they will assess if NKT cells are important for pigs’ natural resistance to influenza.

In the future, Driver hopes his research leads to developing treatments for many diseases beyond influenza.

“Establishing that NKT cells can be safely harnessed to counteract influenza virus infections in pigs will strongly support the feasibility of using the same strategy to treat and prevent a wide variety of important human and swine pathogens,” Driver said.

The grant is part of a collaborative effort between the U.S. Department of Agriculture and the NIH. The program calls for studies into “Dual Purpose with Dual Benefit: Research in Biomedicine and Agriculture Using Agriculturally Important Domestic Animal Species,” Driver said.

— University of Florida Institute of Food and Agricultural Sciences