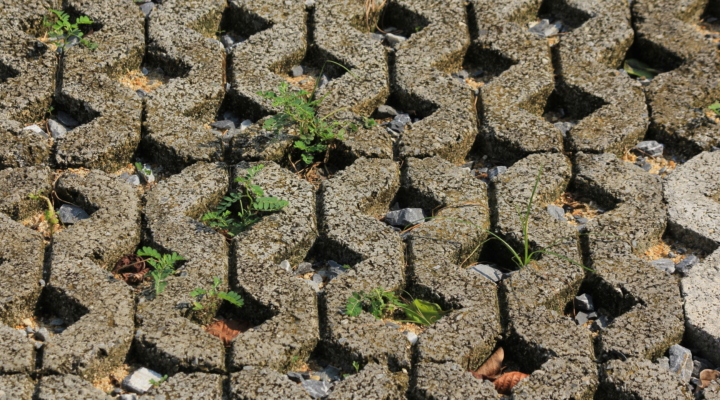 Instead of rain bouncing off pavement and carrying nutrients down to a drain or retention pond, some pavement actually absorbs water. It’s called permeable pavement, and it minimizes pollutants such as nitrogen from getting into nearby waterways, say University of Florida faculty. (photo courtesy of Getty Images)

GAINESVILLE, Fla. — Instead of rain bouncing off pavement and carrying nutrients down to a drain or retention pond, some pavement actually absorbs water. It’s called permeable pavement, and it minimizes pollutants such as nitrogen from getting into nearby waterways, say University of Florida faculty.

Scientists and Extension agents with the UF Institute of Food and Agricultural Sciences are working with developers, engineers, landscape architects, builders, local government policy makers and regulatory agencies to get them to build more permeable pavement. Some of those local governments are in Pinellas, Miami-Dade, Broward and Palm Beach counties.

Most pavement is impermeable, meaning water slides off of it and goes into retention ponds, drains and other places according to this new UF/IFAS Extension document, written to teach designers and developers more about the technical aspects of permeable pavement.

“If the water flows through the pavement and into the ground, helping replace the water we pull out for drinking and irrigation, it is not transporting pollutants off site and into our surface waters,” said Eban Bean, a UF/IFAS assistant professor of agricultural and biological engineering and a co-author of the Extension document. “These pollutants are typically filtered and trapped by permeable pavements. Ideally, permeable pavement would be used in new residential and commercial developments to retain water and pollutants near the source as much as possible.”

Permeable pavements are one of many tools in sustainable urban development. Others include rain gardens, cisterns and green roofs. UF/IFAS encourages designers, builders and governments to use the entire urban sustainability development toolbox, Bean said.

“I think the best reason for developers to use permeable pavement is the growing need to better manage stormwater runoff and the pollutants, rather than running off into our water ways and impairing our water bodies,” Bean said.

“Our hope is that with a better understanding of the technology, these groups of people will incorporate low-impact practices into development — where it is appropriate — to more effectively address impacts of stormwater runoff, compared to the conventional approach of stormwater ponds and infiltration basins,” he said.

Permeable pavement should only be used where it makes sense, and developers and designers should consider it early in the site-design process, Bean said.

“Making changes to the process is asking professionals to take a risk to the way they do business – their livelihood,” he said. “So it takes time; education is part of it.”