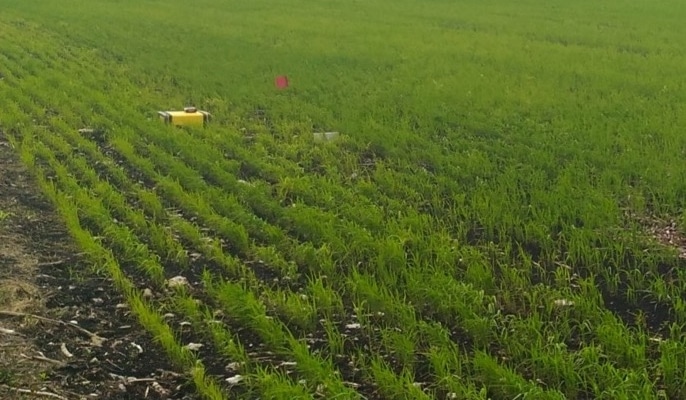 University of Florida scientists have found an explanation for the occurrence of high nutrient loss in the Everglades Agricultural Area (EAA). The discovery will help precipitate new approaches to soil fertility and nutrient retention in this highly coveted agricultural land in South Florida. (photos Courtesy of Willm Martens-Habbena, UF/IFAS)

FORT LAUDERDALE, Fla. — University of Florida scientists have found an explanation for the occurrence of high nutrient loss in the Everglades Agricultural Area (EAA). The discovery will help precipitate new approaches to soil fertility and nutrient retention in this highly coveted agricultural land in South Florida.

The latest study, conducted by assistant professor Willm Martens-Habbena and his team at UF/IFAS Fort Lauderdale Research and Education Center in collaboration with a team at the Everglades Research and Education Center in Belle Glade, demonstrates how the unusually high abundance of microbes known as ammonia-oxidizing archaea (AOA) is the source of a decades-old problem and strong concern among farmers, surrounding communities and scientists alike. 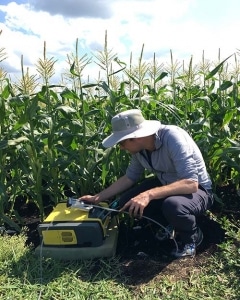 The study,Ammonia-oxidizing archaea are integral to nitrogen cycling in a highly fertile agricultural soil, has just been released on ISME Communications’ New Developments in Microbial Ecology. The research provides a deep dive into the inner workings of the soil and its complex make-up at the molecular level. Martens-Habbena and his team looked at the interactions that occur between the smallest of organisms, AOAs, and how they influence the EAA ecosystem.

“We describe the role of archaeal nitrifiers in nitrogen cycling in the organic soils of the EAA,” said Martens-Habbena. “Our study shows that these very fertile soils have very high nitrification rates without receiving any nitrogen fertilizer, which provides an explanation for the high nutrient losses.”

The results uncovered a mystery of nutrient loss in the EAA from an unexpected angle.

“Typically, agricultural soils get most of their productivity from nitrogen fertilizers,” he said. “But how do you explain nitrification or nitrogen loss when there is no fertilizer being applied?”

This question propelled the study, explaining the interactions that researchers hope will lead to the focus of a new approach to the problem.

“Our study identified the source and the organisms that are responsible for this condition. We now can find ways to control  nitrogen losses by limiting or inhibiting the process,” he added. “This can either be done by inhibitors or with management practices that can reduce nitrification.”

The EAA, is an approximately 1,160 square-mile-area south of Lake Okeechobee of highly productive agricultural land, growing primarily sugarcane in rotation with sweet corn, winter vegetables, sod, and rice. It is considered one of the most fertile agricultural soils within the continental United States with high amounts of organic matter thus requiring little or no nitrogen fertilizer application. These former wetland soils are a major resource for agricultural production. However, during the last century about 80% of the soil mass has been lost to soil oxidation threatening future prospects for productive agriculture.

AOA are microbes found everywhere and are major contributors to the nitrogen cycle. They convert ammonia into nitrite for energy in an oxygen-dependent process called nitrification. Nitrogen is one of the most important nutrients for plant growth. But if nitrification becomes faster than plants take up nitrogen, nitrate can be lost by leaching, explains Martens-Habbena.

In agriculture, leaching is the loss of water-soluble plant nutrients from the soil, due to rain and irrigation. As flooding caused by rain or other sources seeps into the ground, it can wash out water soluble nutrients such as nitrate and phosphate. For that reason, growers in this area manage their fertilizer programs and irrigation schedules heavily.

For the ongoing experiment, initiated in 2017, soil samples were collected from five field plots in the EAA near Belle Glade. Plots sampled included one unmanaged field and four agriculturally managed fields that are all located in close proximity. While some plots were cultivated with sugar cane, another cultivated spinach followed by a fallow period, another was planted with sweet corn and followed by flooding and rice cultivation. The unmanaged plot was covered with a mixed community of annual and perennial plants. To the surprise of the researchers, nitrification rates were very similar in all fields, indicating that agricultural management had little or no influence on nitrification.

“These findings suggest that nitrification and a specific group of microbes are a major factor driving nutrient and soil organic matter loss and allow us to develop specific management options to slow down soil loss and nutrient leaching,” said Martens-Habbena.

“Using highly fertile, well-aerated organic agricultural soils, we show that highly AOA-dominated nitrifier communities and nitrification activity are integral to the nitrogen cycle in these soils, irrespective of presence or absence of plant cover.